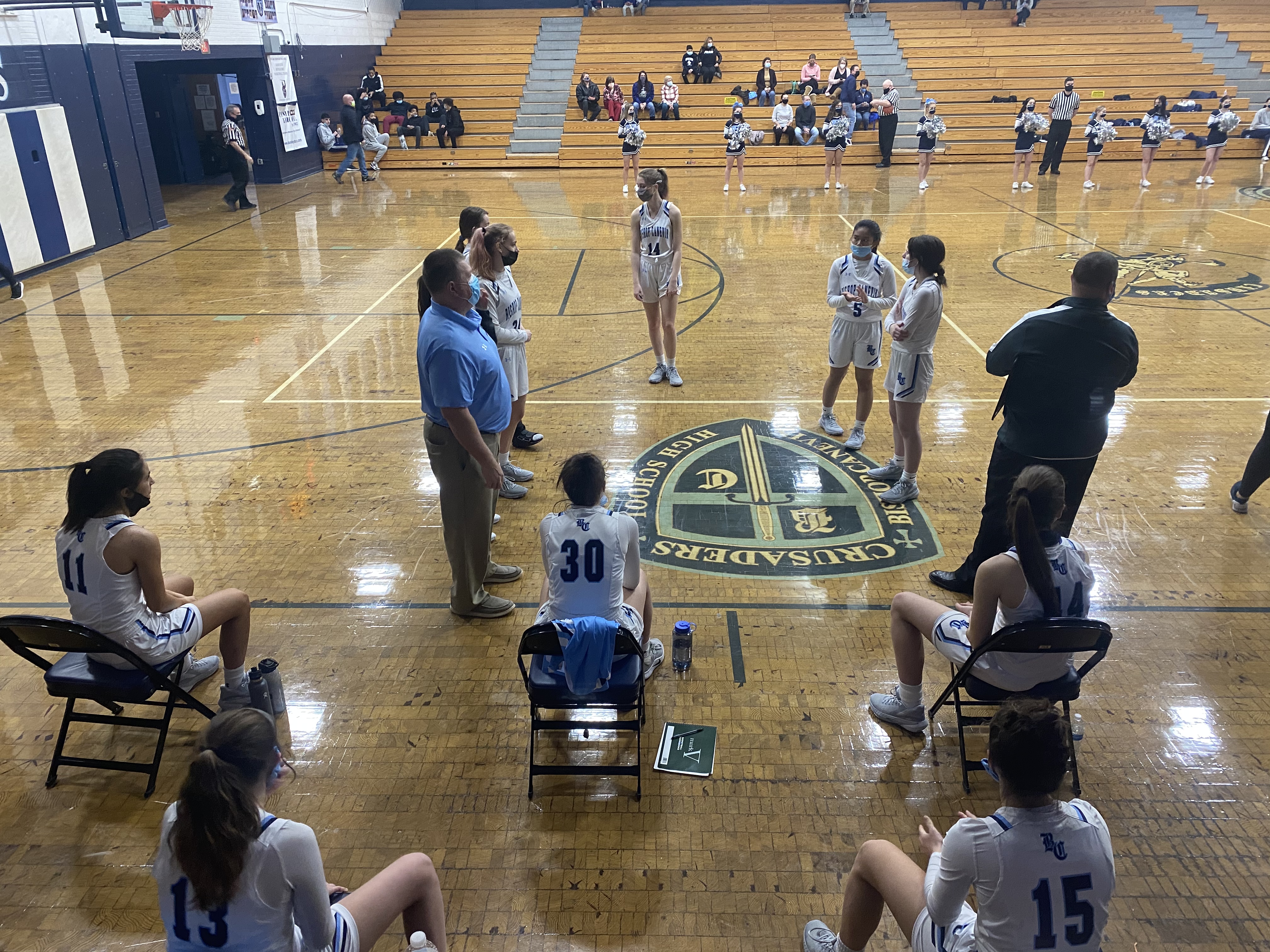 The Bishop Canevin Girls Varsity Basketball got another chance at #1 ranked Rochester at home Thursday night. It was a much more competitive game but Rochester still prevailed with a 55-43 victory.

Canevin never led at Rochester on Saturday, but they took the first lead at home as Ashley Lippold scored on a layup off the opening tip to give BC a 2-0 lead. Mackenzie Huet scored five points for BC in the first quarter. Rochester had a four point lead after one quarter.

BC drops to 3-2 in section play, 4-2 overall. Rochester improves to 6-0 in section play. Bishop Canevin stays in section play next week, going to Eden Christian Academy on Monday night, and returning home to face Cornell on Thursday night.