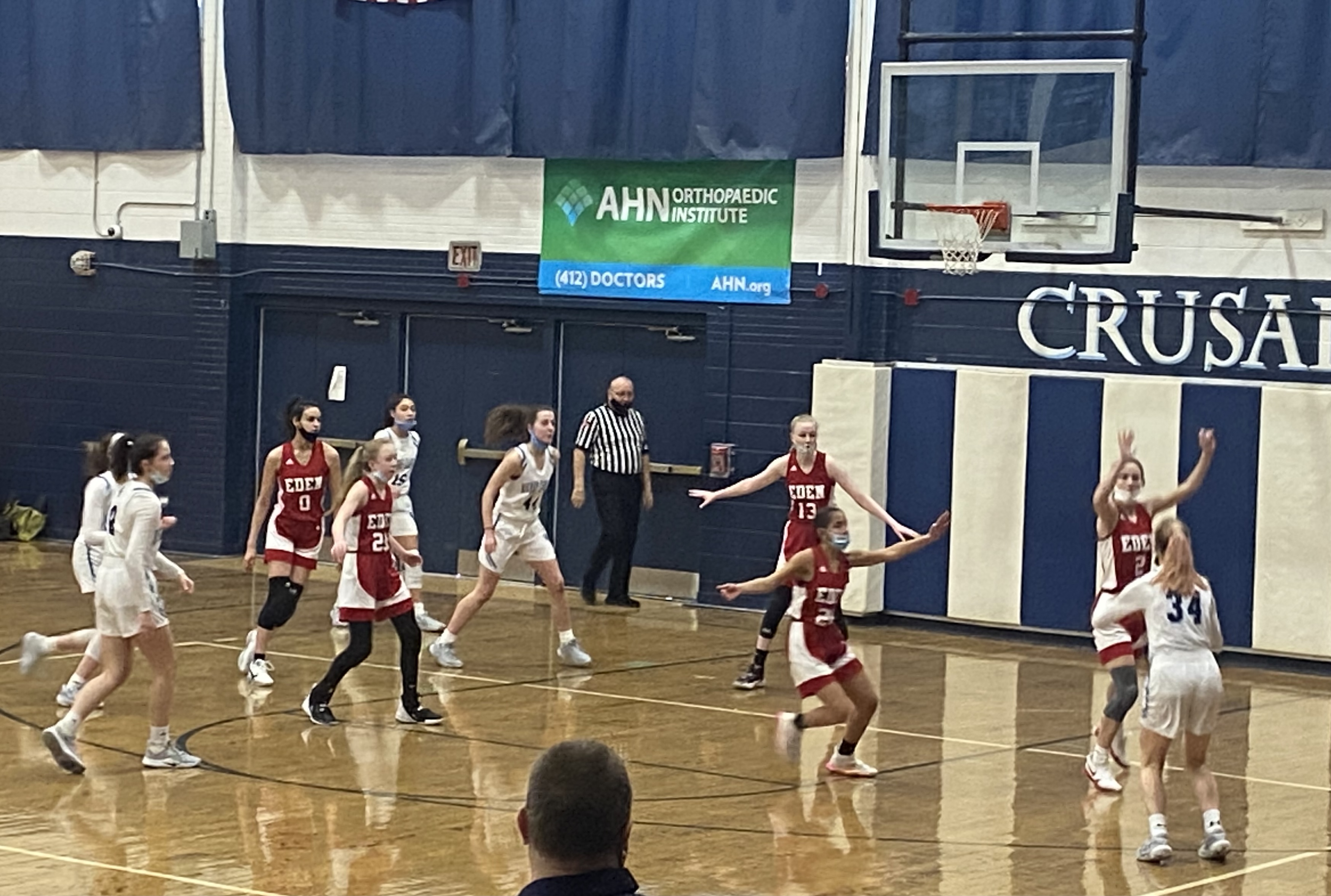 The Bishop Canevin Girls Varsity Basketball team fell to Eden Christian Academy at home 56-42 on Saturday afternoon. It’s the second time in five days that BC lost to the Warriors.

The lead stayed at 14 after three quarters. Abbott scored eight of her team-high 12 points in the quarter. Ashley Lippold scored seven points in the fourth quarter, and when she hit the last of her 11 points in the game, the lead was cut to seven. But the Warriors were able to respond, hitting all seven of their free throws in the quarter to seal the 56-42 victory.