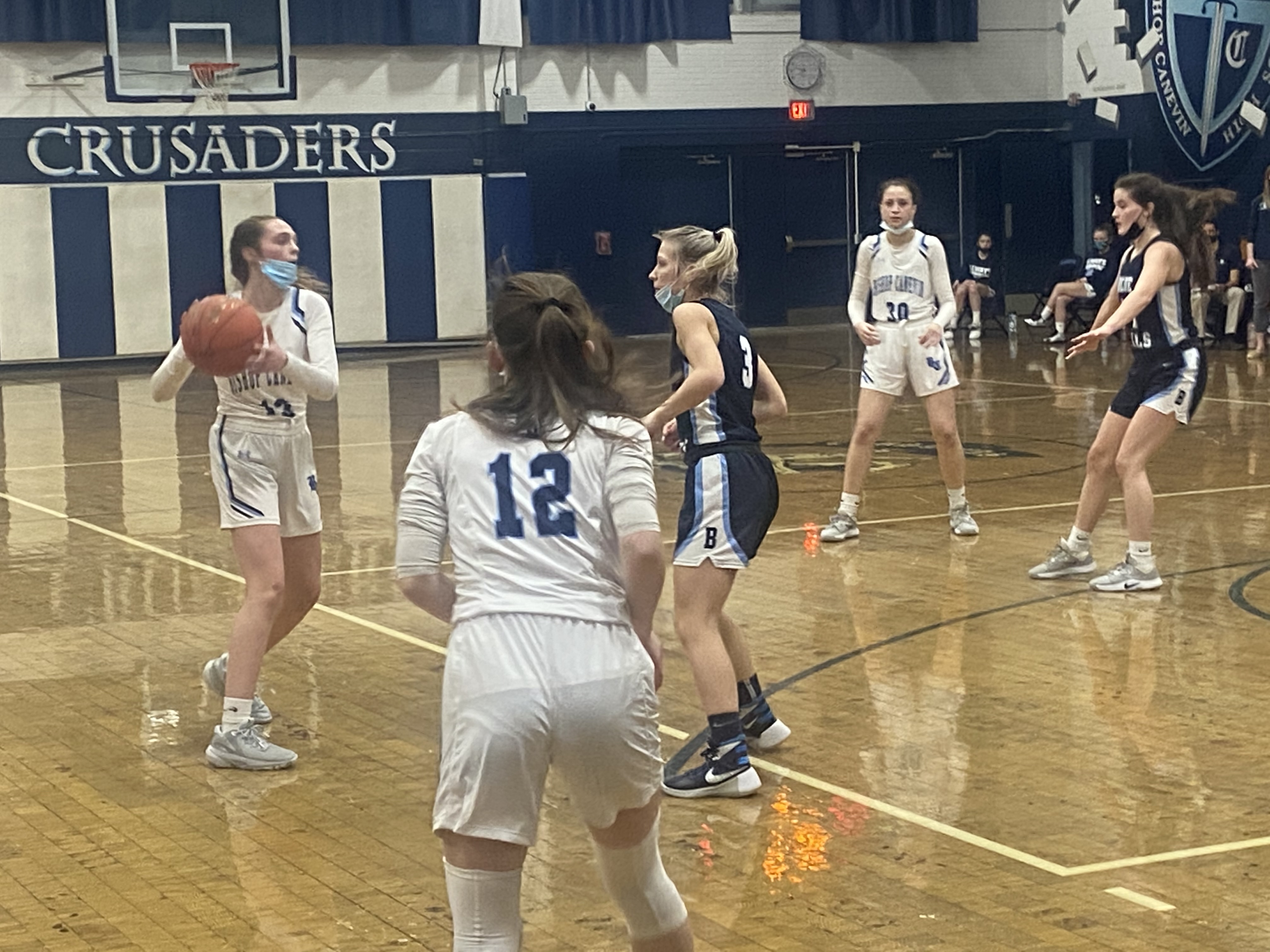 The Bishop Canevin Girls Basketball team stayed close all night long but couldn’t break through against Burgettstown in the second half as the Blue Devils were able to outlast the Crusaders 43-37 at Bishop Canevin High School on Monday night. Savanah Abbott hit five three-point shots and scored a game-high 18 points.

Abbott hit two three-pointers and scored eight points in the first quarter as BC trailed by one after the first quarter. Canevin took the lead for the first time in the second quarter as Ashley Lippold and Amber Cross scored and the Crusaders led 15-14. However, Burgettstown scored the final five points of the half and led by four at the break.

Bishop Canevin narrowed the lead to one point in the third quarter as Abbott hit another three, but the Blue Devils responded again and had an eight point lead entering the final quarter.

Once again the Crusaders fought back in the fourth quarter. Mackenzie Huet hit two baskets and Abbott and Josie Bochicchio each hit a three to narrow the lead to three points. But Burgettstown hit 6 of 7 free throws and pushed the lead to nine. Abbott’s final three of the night made the final deficit six points.

Burgettstown improves to 14-2 on the season. Bishop Canevin is now 5-6. The Crusaders complete their regular season at home on Wednesday night as they face Sto-Rox. Game time is scheduled for 7 PM. Coverage on the Bishop Canevin Sports Network will begin at 6:50 PM.