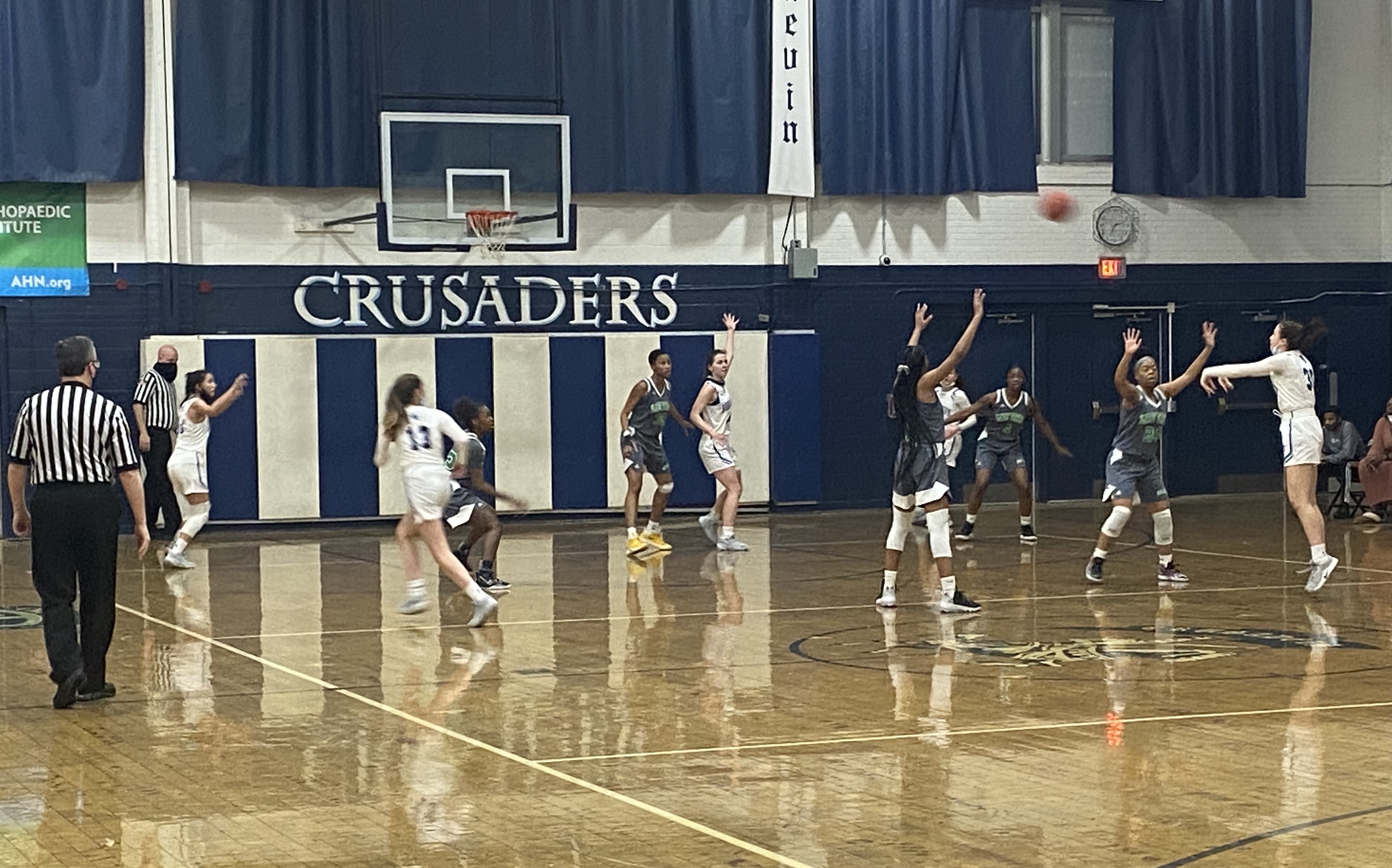 Ashley Lippold scored a season high 25 points as the Bishop Canevin Girls Basketball team finished their regular season with a 48-25 victory over Sto-Rox on Wednesday night. BC moves on to the WPIAL Playoffs next week. They’ll face Riverview at home on March 4.

Sto-Rox held the lead for the entire first quarter. Lippold scored five in the quarter as Canevin trailed by two after eight minutes. The Crusaders took the lead midway through the second quarter and never relinquished that lead. Lippold hit two of her four three-pointers of the night in the quarter, as she had 15 at the half. Savanah Abbott and Lauren Kirsch also hit threes in the quarter. BC led by nine at halftime.

Canevin put the game away scoring the first seven points of the second half. Amber Cross scored four points in the third quarter and helped push the lead to 34-20 heading to the final quarter.

Lippold scored seven in the final quarter and Mackenzie Huet added four points as BC kept extending the margin to 23 points. Abbott finished the game with eight points.

The Crusaders finish the regular season at 6-6. They were selected as the #7 seed in the WPIAL Class A Playoffs. Their March 4 game against 10th Riverview is scheduled for a 6 PM tipoff. Broadcast details will be made available next week.