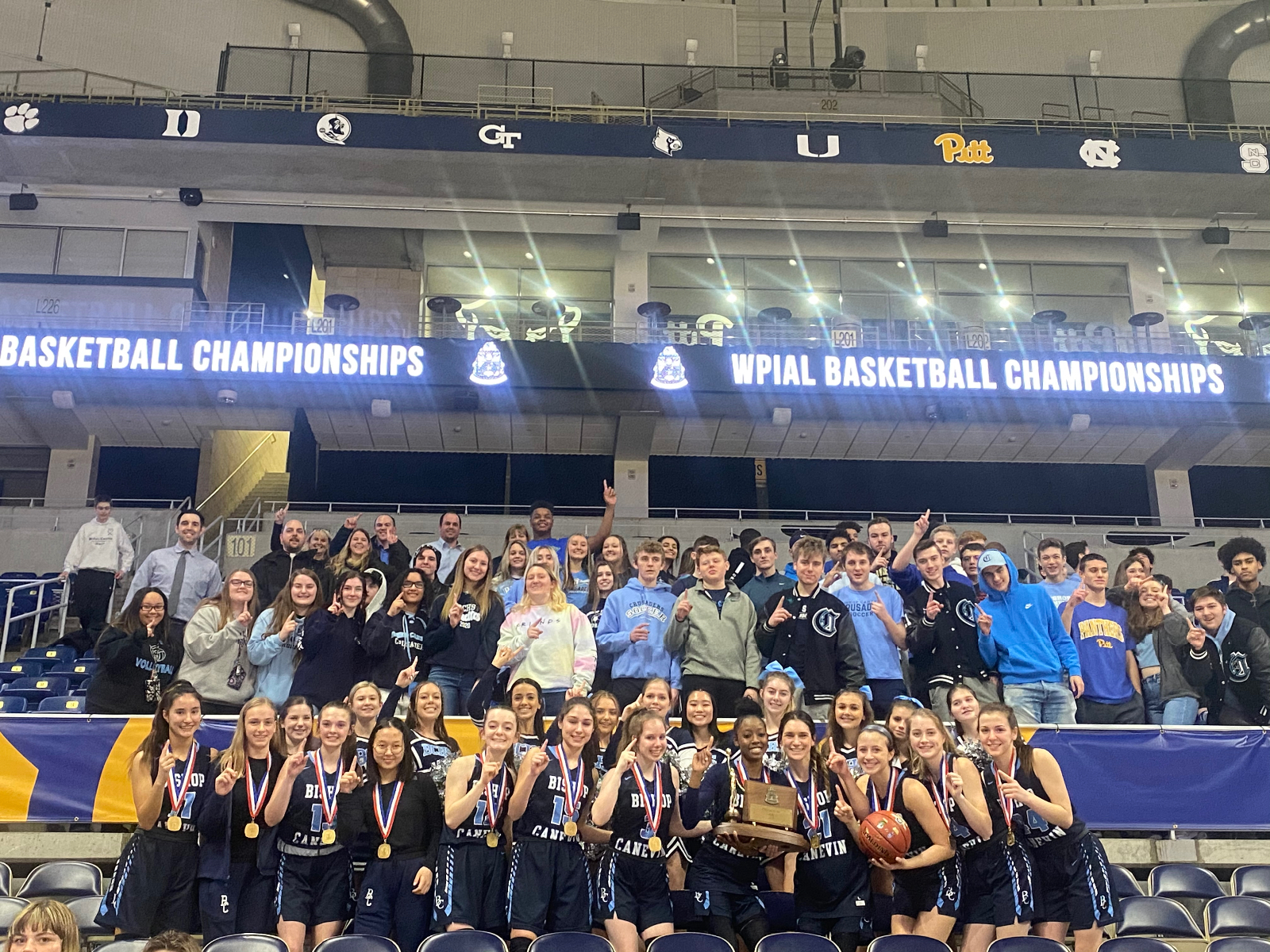 After one year away, the celebration had the energy of a group that did not get to have this moment last year. This year it was their turn, again.

The Bishop Canevin Girls Basketball team defeated the Laurel Spartans 50-41 to win the WPIAL Class AA Championship at the Petersen Events Center on Thursday night. It is the 4th WPIAL title in the last 5 seasons, and 5th in the last 8 seasons for the girls basketball team.

Laurel started in a zone and Diajha Allen hit two three pointers to force the Spartans out of the zone. Then Allen started to drive. She found Rutanya Taylor on the block for two easy layups. Allen finished the quarter with 11 points and 2 assists and the Crusaders had a four point lead after one quarter.

The pace slowed down a little in the second quarter, but BC was able to extend the lead. Laurel scored the first four points of the second quarter to tie the game at 19. Then Alyssa Pollice hit a three pointer to break the tie and start and start a 10-o run. She hit a layup after an Allen steal and the lead was back up to five points. Then Savanah Abbott hit a three and Taylor scored off an offensive rebound to cap the run. Canevin lead by eight at the half.

Laurel started the second half desparate to get back in the game and the Spartans scored the first four points of the third quarter to cut the lead to four. But Savanah Abbott grabbed a defensive rebound and dribbled for 80 feet for a layup that pushed the lead to six. Then with the lead back down to four, Pollice hit a free throw and Allen scored the last six points of the third quarter on three driving layups. BC lead by 11 after three quarters.

Canevin held it’s ground in the fourth quarter. Abbott hit a layup to push the lead to 13. Laurel was able to hit some shots, but never really put a dent into the Crusaders’ lead. Allen hit one more layup and two foul shots. Pollice hit all four of her foul shots and Lauren Kirsch added a couple of points from the foul line. Laurel scored the last 5 minutes in the game’s final minute, but that just made the final score 50-41 and the Bishop Canevin celebration was under way.

The girls are now off until Friday when they play in the first round of the PIAA Class AA State Championships. Opponents, Time and Location will be announced on Sunday.