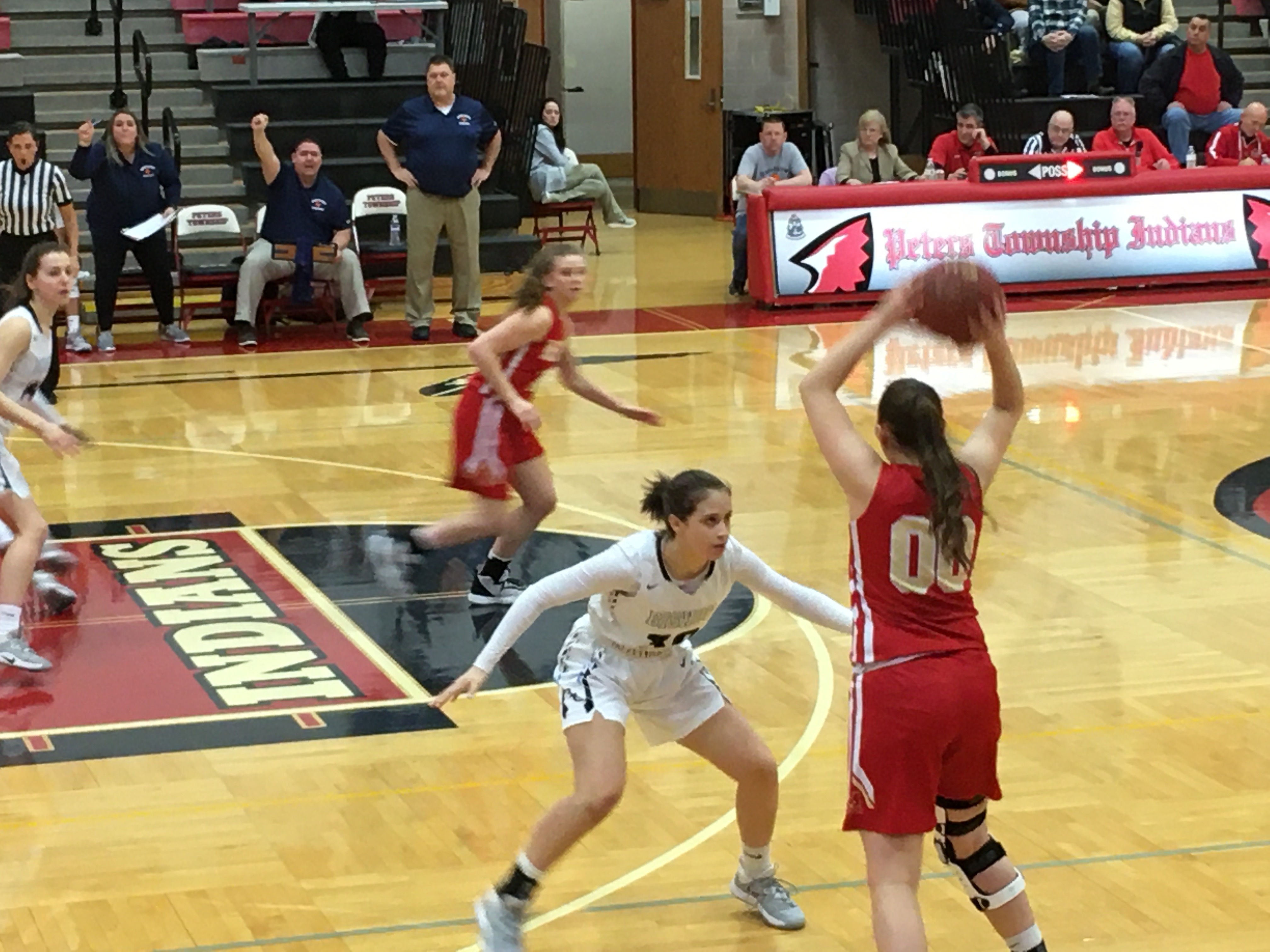 The WPIAL Girls Class AA Champion Bishop Canevin Crusaders saw their season come to an end on Friday night in the first round of the PIAA State Tournament. Bishop McCort had both an inside and an outside scoring presence and the Crusaders had an off night shooting the ball, but the credit and the win went to the Crushers with a 55-44 win at Peters Township High School

McCort hit the first two shots they took, both three-pointers to start off 6-0. Savanah Abbott scored the first eight BC points to keep the Crusaders in the game, cutting the lead to 12-8. After a McCort basket, Alyssa Pollice hit a three and Diajha Allen hit two foul shots and BC was only down one after the first quarter.

After baskets from Lauren Kirsch and Allen, the game was tied at 17. Then the Crushers went on 9-0 run to take control of the game. Kirsch hit two three-pointers to break the run and reduce the deficit, but McCort lead by six going to the locker room.

McCort scored the first 5 points of the third quarter to push the lead to 11. Again, it was Kirsch with a three-point shot to stop the run and bring some energy back to the Crusaders’ side. When Josie Bochicchio hit a three, the lead was down to five, and after a Kirsch steal at half court and a drive all the way to the basket, Canevin was only down three. It was only a four point game after three quarters, with McCort ahead 37-33.

Abbott hit a layup to start the fourth quarter and the lead was down to two. Then after a McCort basket, Allen hit a three-pointer and the lead was down to one. But then McCort hit a clutch three-pointer to push the lead back to four. Allen hit a layup to get within two. But that was as close as it would get. Canevin hit only one of their final 11 shot attempts, a three-pointer from Bochicchio to get back to 5 points down and the Crushers would hit six foul shots down the stretch to end the night and the season for the Crusaders.

Lauren Kirsch lead the team with 13 points, hitting 5 of 9 shots in the game, including 3 of 5 from behind the arc. Diajha Allen and Savanah Abbott each finished with 11 points, Allen added 11 rebounds, 4 assists, and 3 steals. Josie Bochicchio finished with 6 points for Canevin.

The Lady Crusaders finish the season as WPIAL Class AA Champions with a 19-7 overall record. Bishop McCort moves on to face Keystone in the Second Round of the PIAA Playoffs on Tuesday night.