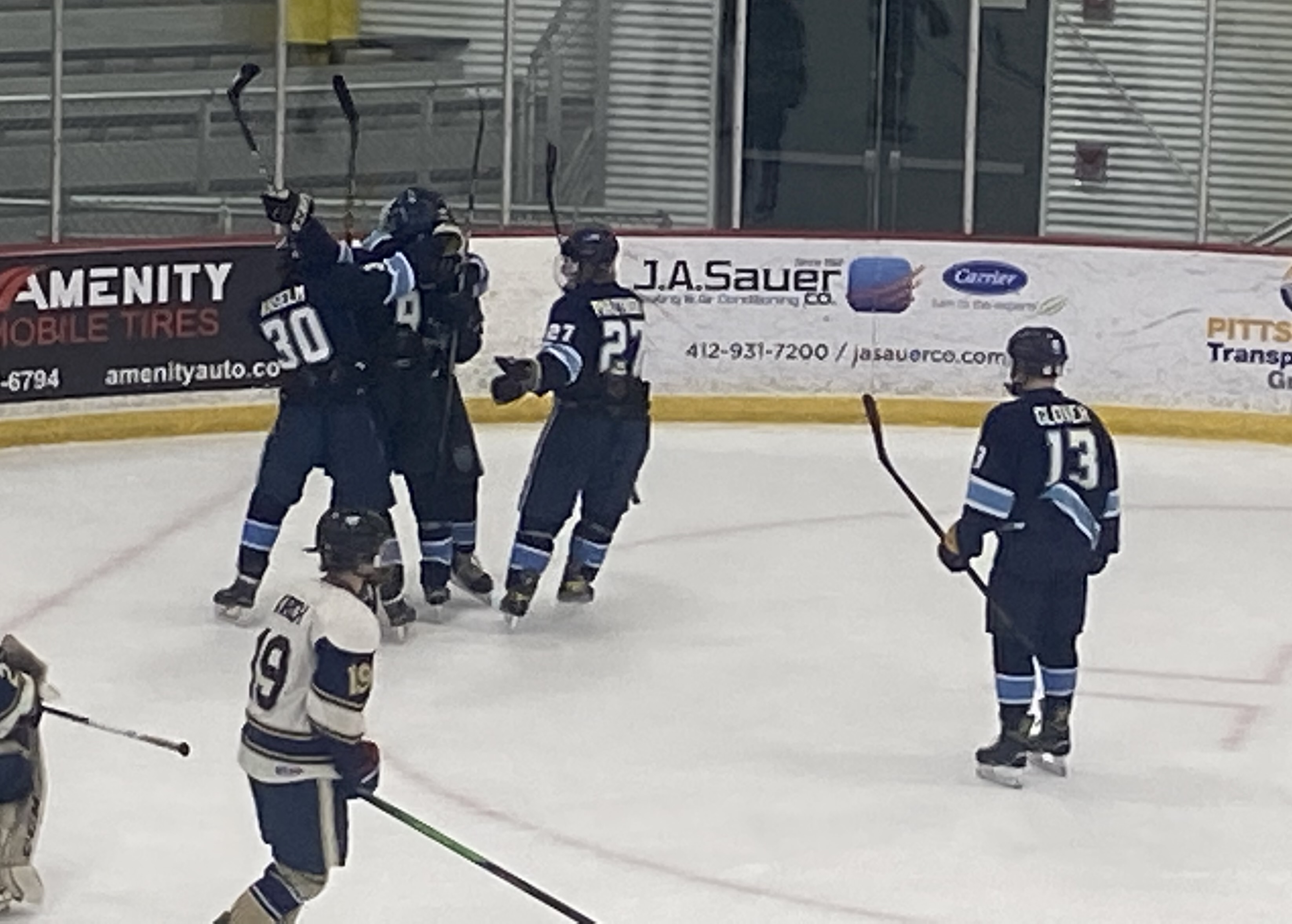 The Bishop Canevin Hockey Season ended with a heartbreaking overtime loss to Ringgold 4-3 in the PIHL Class B Semifinal Playoff at the RMU Island Sports Arena on Thursday night.

Ringgold responded and tied the game early in the third period and took a 3-2 with six minutes gone in the period. Ryan Saginaw scored less than three minutes later to tie the game at three. That was the score heading into a sudden-death overtime period.

BC was outshot 14-8 in the overtime period, but was able to stay alive until the Rams won the game with a goal with 1:36 remaining in the first overtime period.

Bishop Canevin finishes the season with an 11-4-2 regular season record. They advanced to the semifinal round with a win over Connellsville in the first round last week. This was the first playoff win and first playoff appearance for the Crusaders since 2016.