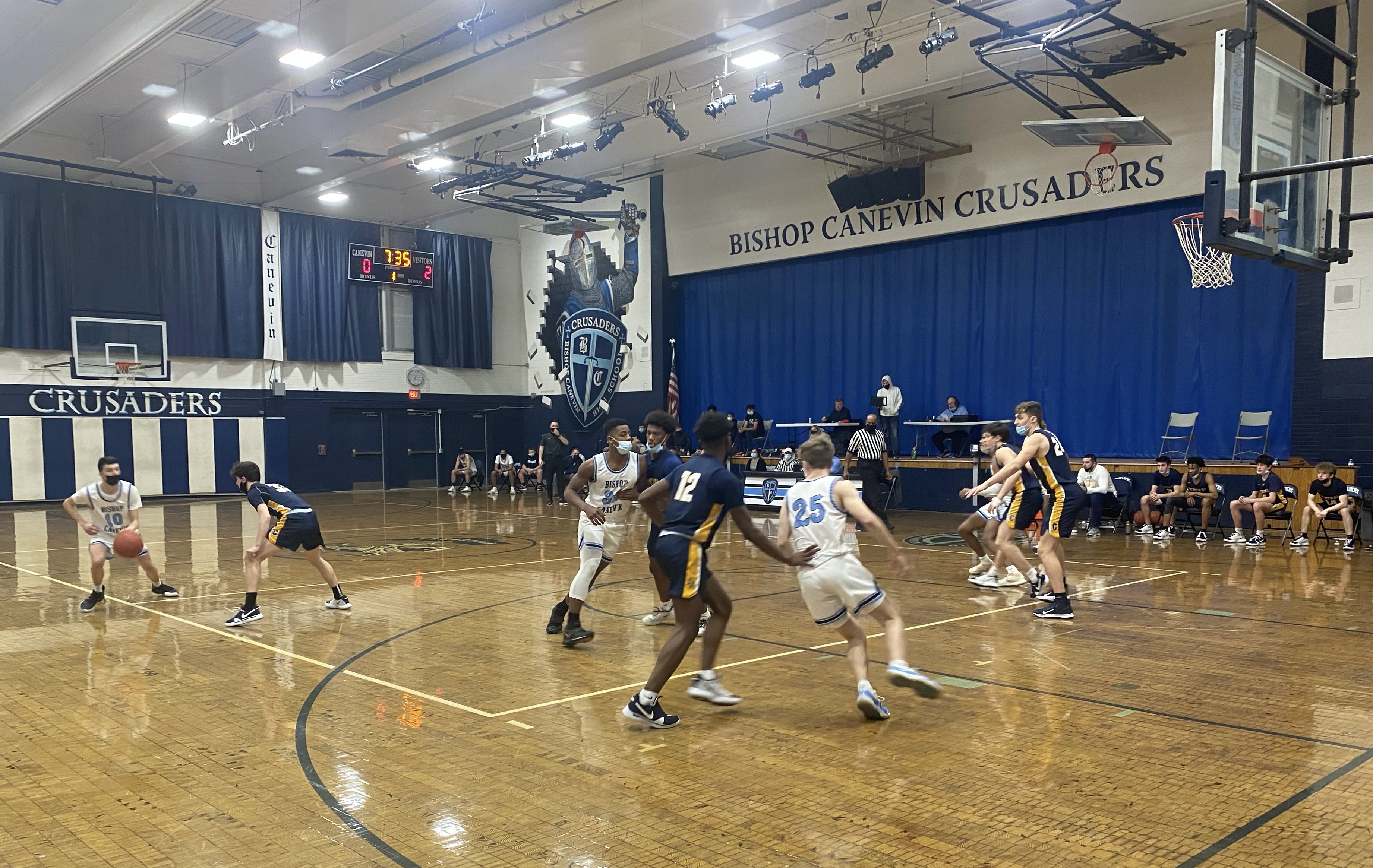 The VIkings hit two foul shots to take a 2-0 lead but it was all Crusaders from there. Kevaughn Price scored seven of his game high 21 points in the first quarter and Dom Elliott hit three layups for six first quarter points. BC held Central to one field goal in the quarter and lead by 14 after eight minutes.

Elliott stepped outside to start the second quarter. He hit all three of his three-point attempts to finish with 15 points in the first half. He finished the game with 19 points. Canevin led 33-15 at halftime.

Bishop Canevin had their best offensive quarter in the third quarter, scoring 20 points. Price scored eight points in the quarter and Jaden Gales scored six of his 16 points. The lead extended to 27 points on their way to a 29 point victory.

The Crusaders are now 10-3 on the season, they’ve won seven in a row. Central Catholic drops to 10-7. Bishop Canevin goes back to section play, travelling to West Greene on Friday night to take on the Pioneers. The JV game is scheduled for 5:30 PM, with the Varsity game scheduled for 7 PM.