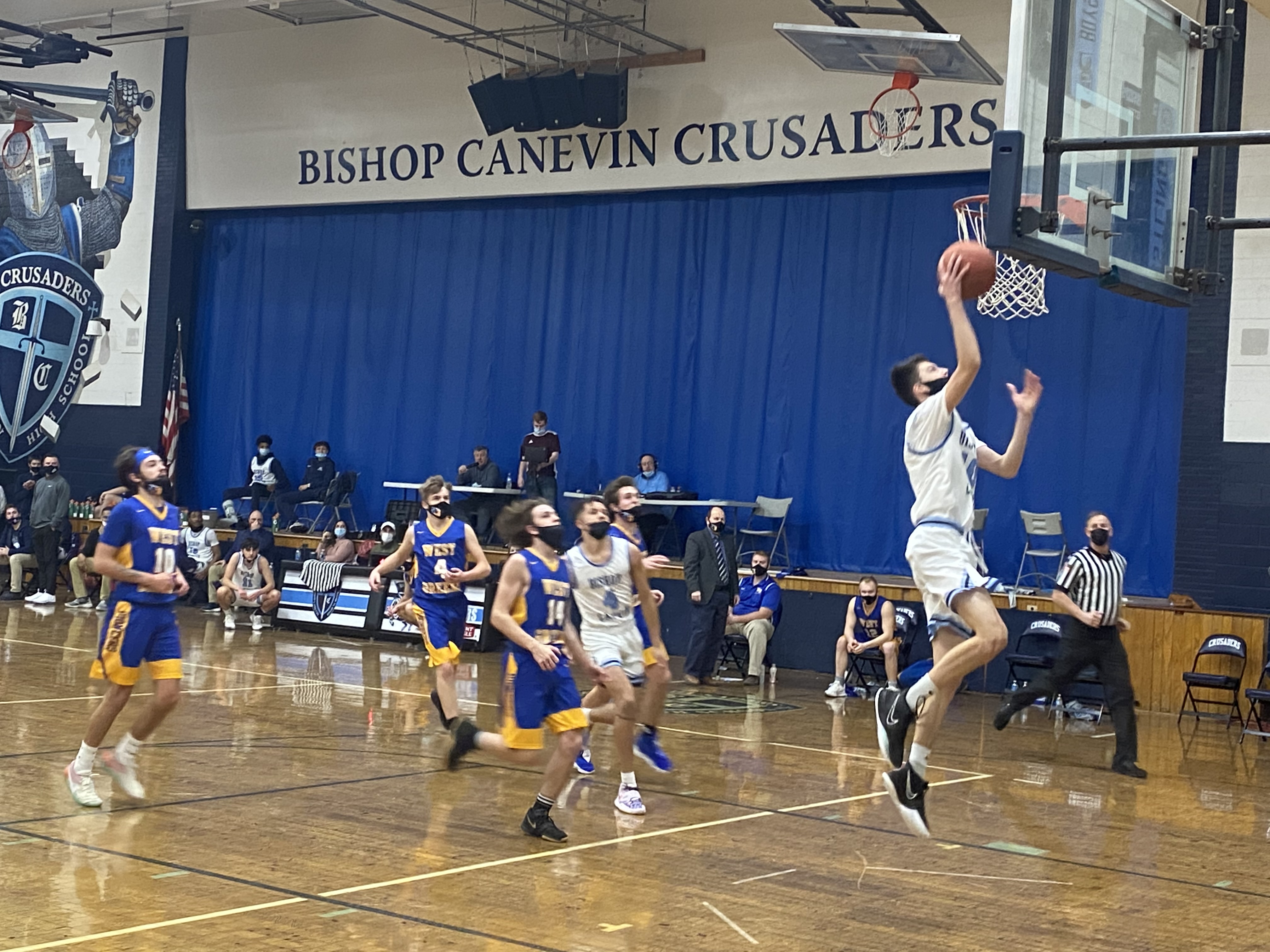 The Bishop Canevin Boys Basketball team pressed the issue in a 29-5 first quarter run to set the pace for a 68-36 section win over West Greene at home on Friday night.

BC used a full court press to harrass the Pioneers throughout the first quarter, creating turnovers and leading to easy layups. Jaden Gales had 11 of his 15 points in the quarter. Gales didn’t play in the second half. Kai Spears had ten points in the quarter for the Crusaders.

Canevin took the press off after the first quarter. A’dante Berrian did have layups on two straight possessions as BC took a 29 point lead into the locker room at halftime. Berrian finished the game with eight points.