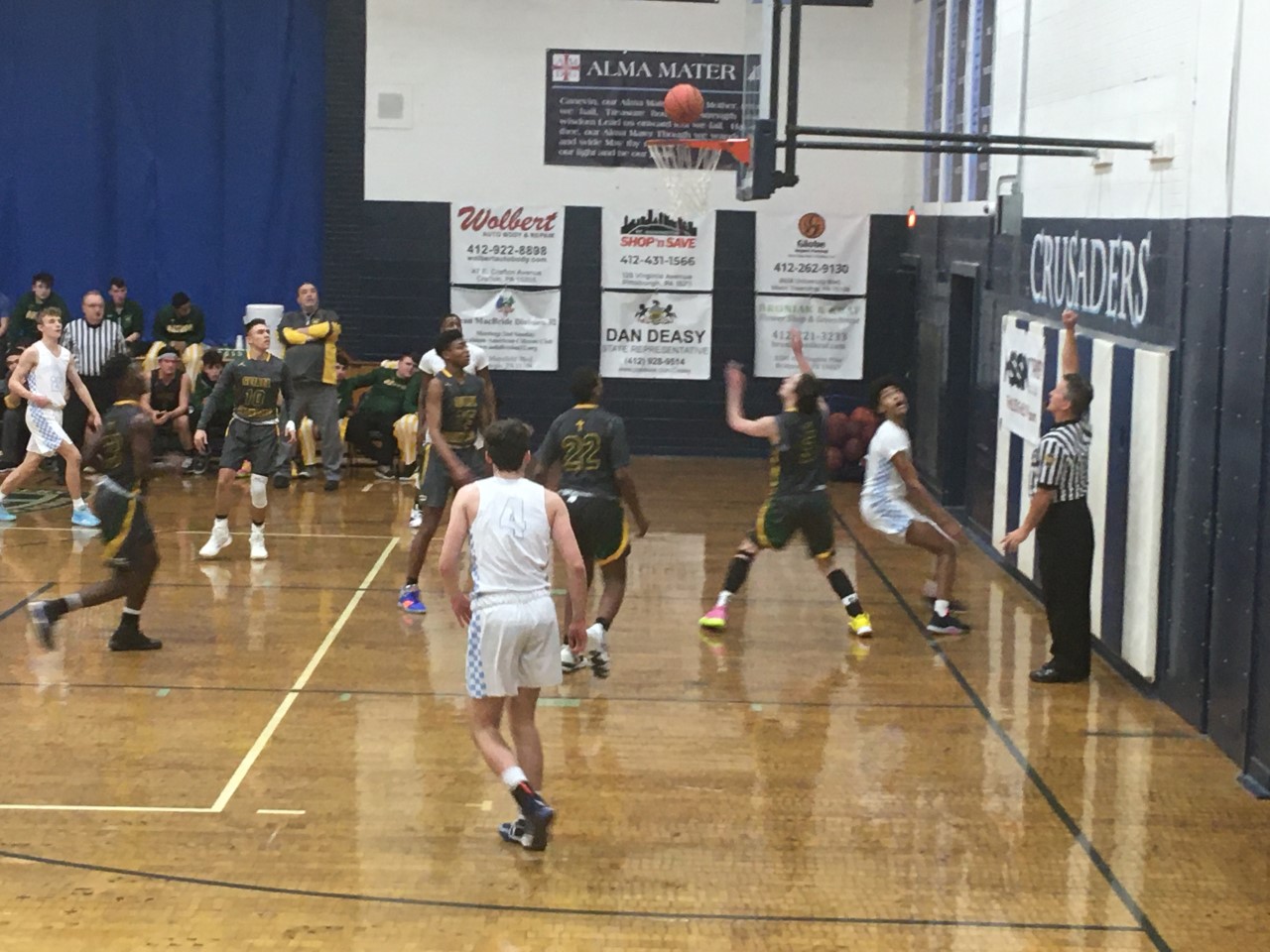 The Bishop Canevin Boys Varsity Basketball team faced a strong challenge from Geibel Catholic at home on Friday night. The game was close throughout but in the end BC held strong and earned a hard fought 60-53 victory over the Gators to remain unbeaten and in first place with a 5-0 section record.

BC started fast with a layup from Kevaughn Price and a three from Nevan Crossey for a 5-0 lead, but then the Crusaders went cold for the rest of the quarter and Geibel used a 12-2 run to take a five point lead after the first eight minutes.

The game evened out in the second quarter. Nevan Crossey hit three layups to cut the Gators lead to two points, Geibel worked the lead back up to five but a late three from Dom Elliott cut the lead to one point by the half.

The third quarter started like the first quarter, with a Price basket and a Crossey three. But this time it was Canevin who went on a run. A Price jumper and five points from Elliott highlighted a 10-3 run as the Crusaders took a five point lead after three quarters.

Elliott stayed hot to start the fourth quarter with three straight layups. And after a Nate Kirsch steal and layup the Crusaders lead was 49-40. A few missed free throws helped Geibel cut the lead down to three, but Canevin did just enough down the stretch to finish with a 60-53 win.

Dom Elliott lead the Crusaders with 22 points. Kevaughn Price added 17 and Nevan Crossey finished with 12 on the night for Bishop Canevin. The Crusaders are now 10-2 overall. Geibel drops to 6-4 overall and to 2-3 in section play.

The Crusaders don’t get much time to rest as they’re on the court again on Saturday afternoon at Montour High School. They will face Seton-LaSalle in the 202 Winter Jamfest to End Domestic Violence. Tip-off is scheduled for 2 pm.