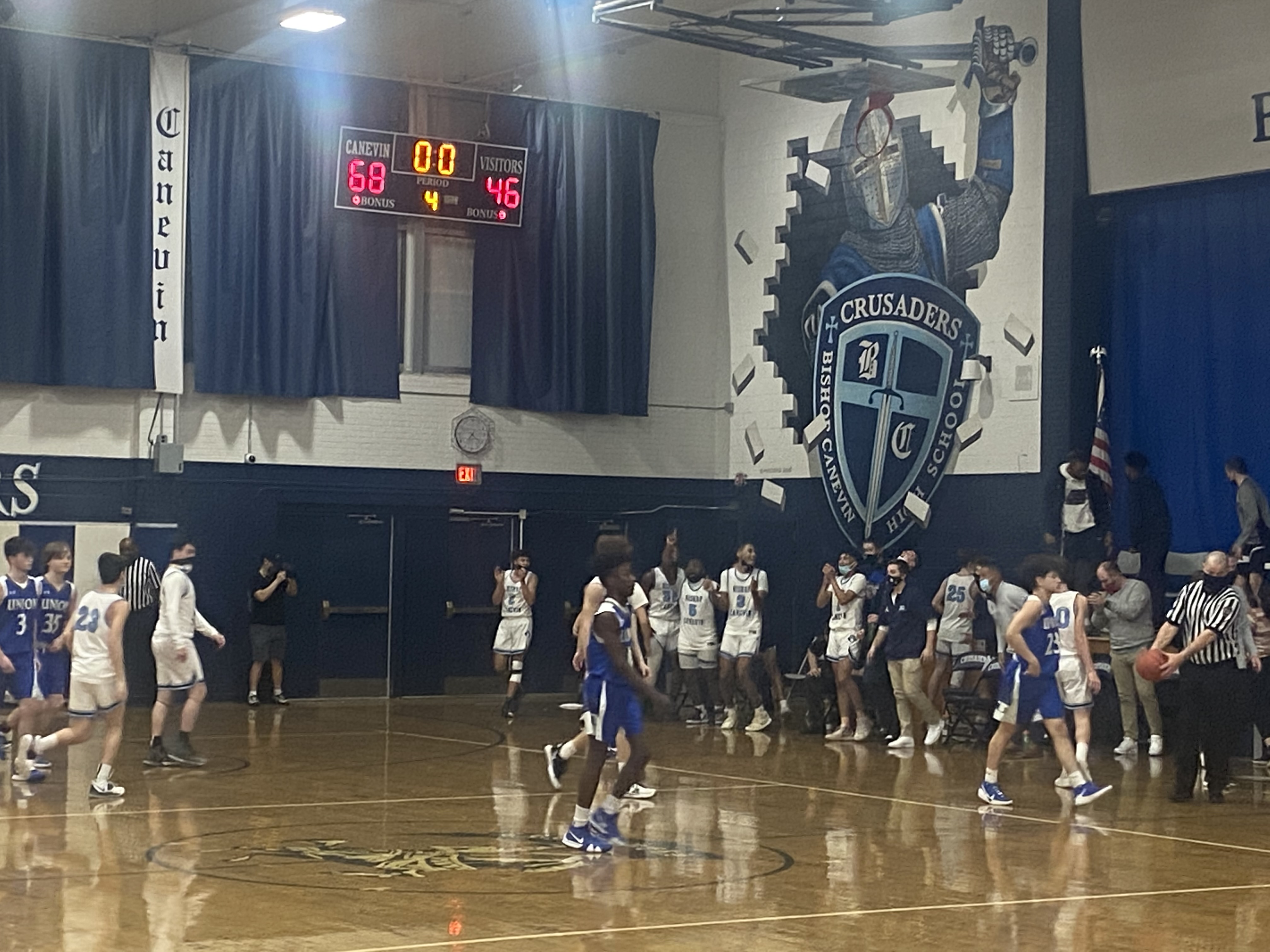 Most of the year, fast first quarter starts propelled the Bishop Canevin Boys Basketball Team to easy victories. In Tuesday night’s WPIAL Class A Semifinal, it was an 11-0 run to start the third quarter that sealed the game. BC defeated Union 68-46 and sent the Crusaders to the WPIAL Championship Game for the first time since 2006.

Canevin did have a fast start in the first quarter with Jhamil Fife and Shea Champine hitting three-point shots to give BC a quick 6-0 lead. Union scored the next eight points to take their first lead. But Shea Champine kept hitting three’s for Canevin, connecting on four triples in the quarter. Trey Champine also added a three and the Crusaders led 20-13 after one quarter.

Union did respond in the second quarter, hitting four three’s of their own. Canevin made only four field goals. Fife and Dom Elliott did hit threes themselves, but Union cut the lead to three at halftime.

The beginning of the third quarter decided the game. Fife scored the first five points of the quarter and Kevaughn Price scored five in a row as part of the 11-0 run to start the quarter. Price scored 11 points in the quarter, and the Crusaders stretched the lead to 19 points heading to the final quarter.

Shea Champine hit three layups in the final quarter to finish with a game high 20 points. Elliott hit another three and finished with eight points. Fife finished the game with 13 points.

The top seeded Crusaders will face the tournament’s #2 seed, the Rochester Rams in Friday’s Championship Game. The Rams won a tight game at home against Leechburg 58-55. The Rams make an appearance in this year’s Class A Championship after an 0-21 record last season. The game will be played at North Allegheny High School and is scheduled for an 8 PM start. The game will be video streamed over the TribLive High School Sports Network.