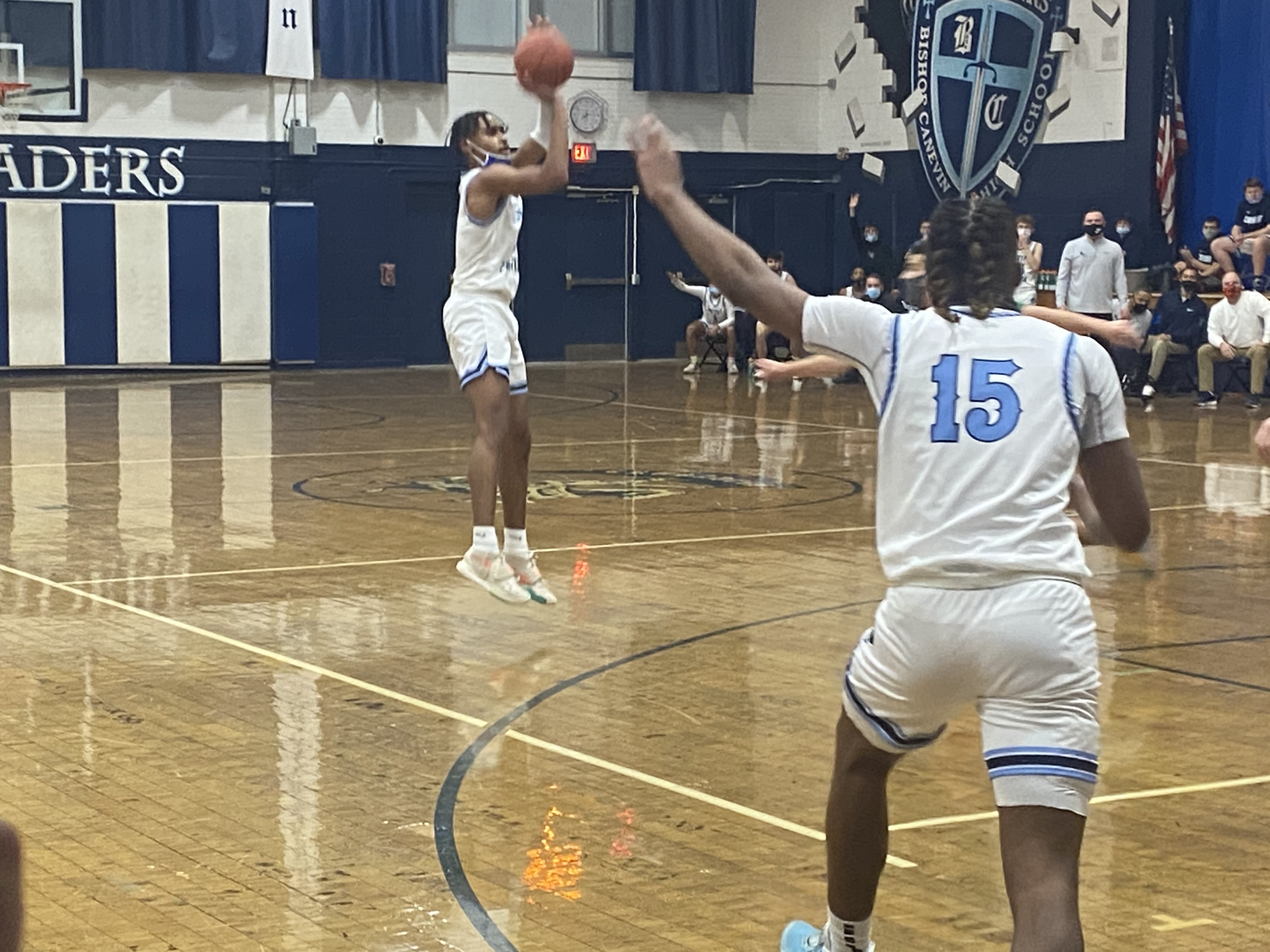 Four Crusaders scored in double figures and Bishop Canevin used a big first quarter to create a lead that they were able to hold throughout the game to defeat Seton-LaSalle 71-40 at home on Friday night.

BC jumped out to a 16 point lead after one quarter. Kai Spears hit one of four Canevin three-pointers in the quarter to lead the team with 7 opening quarter points. Dom Elliott hit two three’s for six points in the quarter. Jaden Gales also scored six in the first quarter and Nevan Crossey added a three in each the first and second quarters to finish with 6 points on the night. The second quarter was more evenly played and the Crusaders led 38-21 at the half

Bishop Canevin also dominated the third quarter. Elliott hit two more three’s in the quarter to finish with 12 points on the night and Kevaughn Price added 6 points in the quarter as well.

Price added 5 more points in the final quarter to finish with a game-high 17 points. Geno DeFrank hit a three-pointer and scored the final four points of the game to provide the 71-40 final score.

Spears finished with 14 points and Gales scored 11. Bishop Canevin is now 3-2 on the season. Seton-LaSalle drops to 1-4.

The Crusaders are back in action on Saturday traveling to Berlin Brothersvalley. The Mountaineers are ranked #2 in the TribLive HSSN Class A State Rankings. Bishop Canevin is ranked #3 in the same poll. The JV game starts at 11 AM and the Varsity game is scheduled for a 12:30 PM start time.