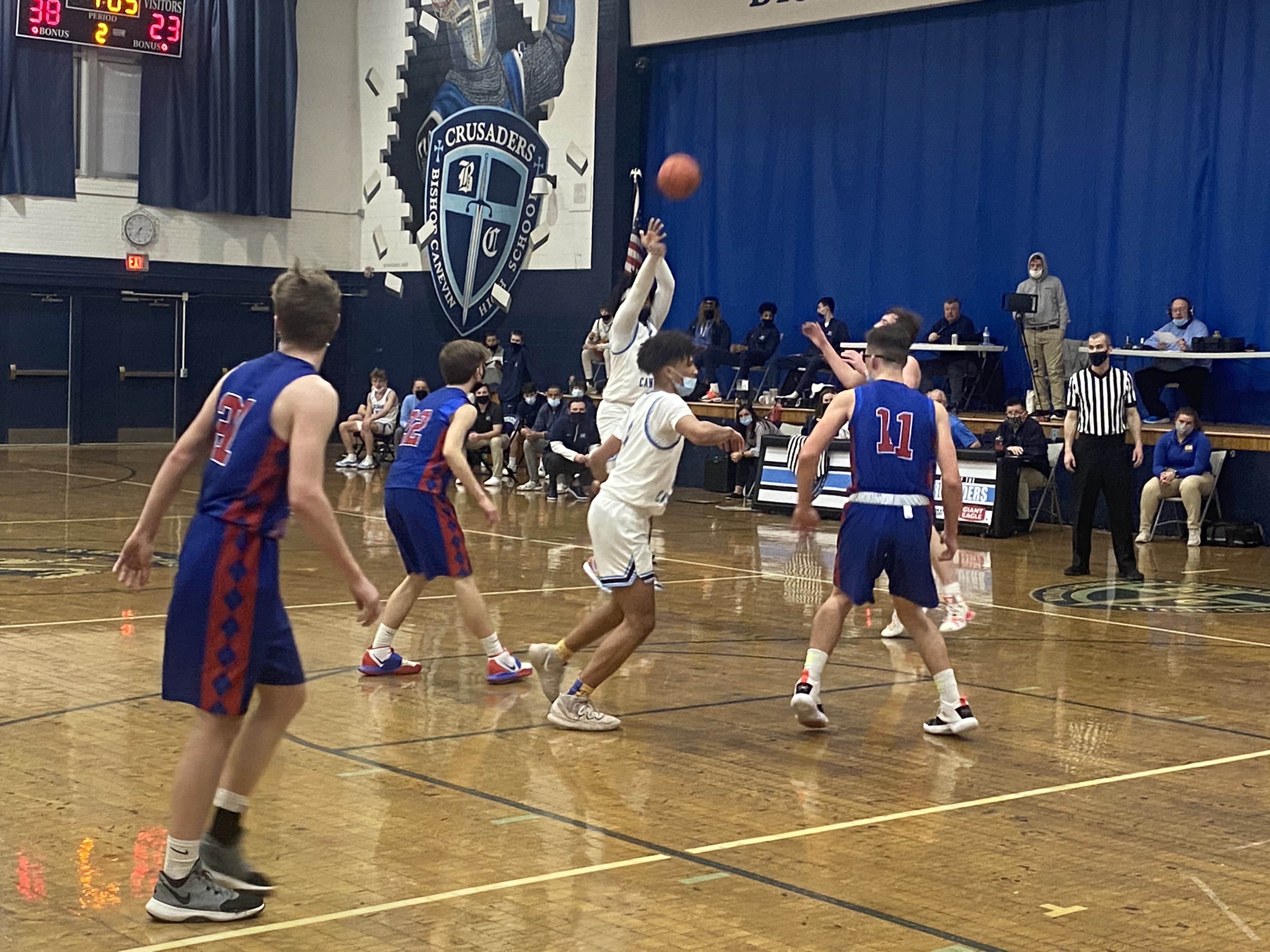 Bishop Canevin turned up the heat early in their WPIAL Quarterfinal against St. Joseph at home on Friday night. A big first quarter provided an early cushion and the lead never dipped into single digits for the rest of the game. BC cruised for an 84-56 victory to advance in the 2021 WPIAL Class A Playoffs. They will host a semifinal game against the winner of Friday night’s Quarterfinal between Imani Christian and Union. The start of that game was delayed.

Canevin only hit five field goals in the second quarter, but they still extended their lead by two by halftime. Kevaughn Price hit three of those field goals on his way to a 16 point night. Nevan Crossey added a three point shot and Brennan Hipkiss hit a triple right before the half to give the Crusaders a 18 point lead at the half.

BC got their offense back in the third quarter. Shea Champine added another 10 point quarter to finish with a team-high 20 points. Elliott added six points and finished with 19 points. Price added seven points in the final quarter and Fife added 5 to finish with 12 points. As a team Bishop Canevin connected on 12 three-point shots on the game.

St. Joseph finishes the season with a 9-12 record. The Crusaders improve to 14-5 as they prepare to host Tuesday night’s Semifinal. Game time is expected to be 6 PM. Broadcast details will be announced next week.