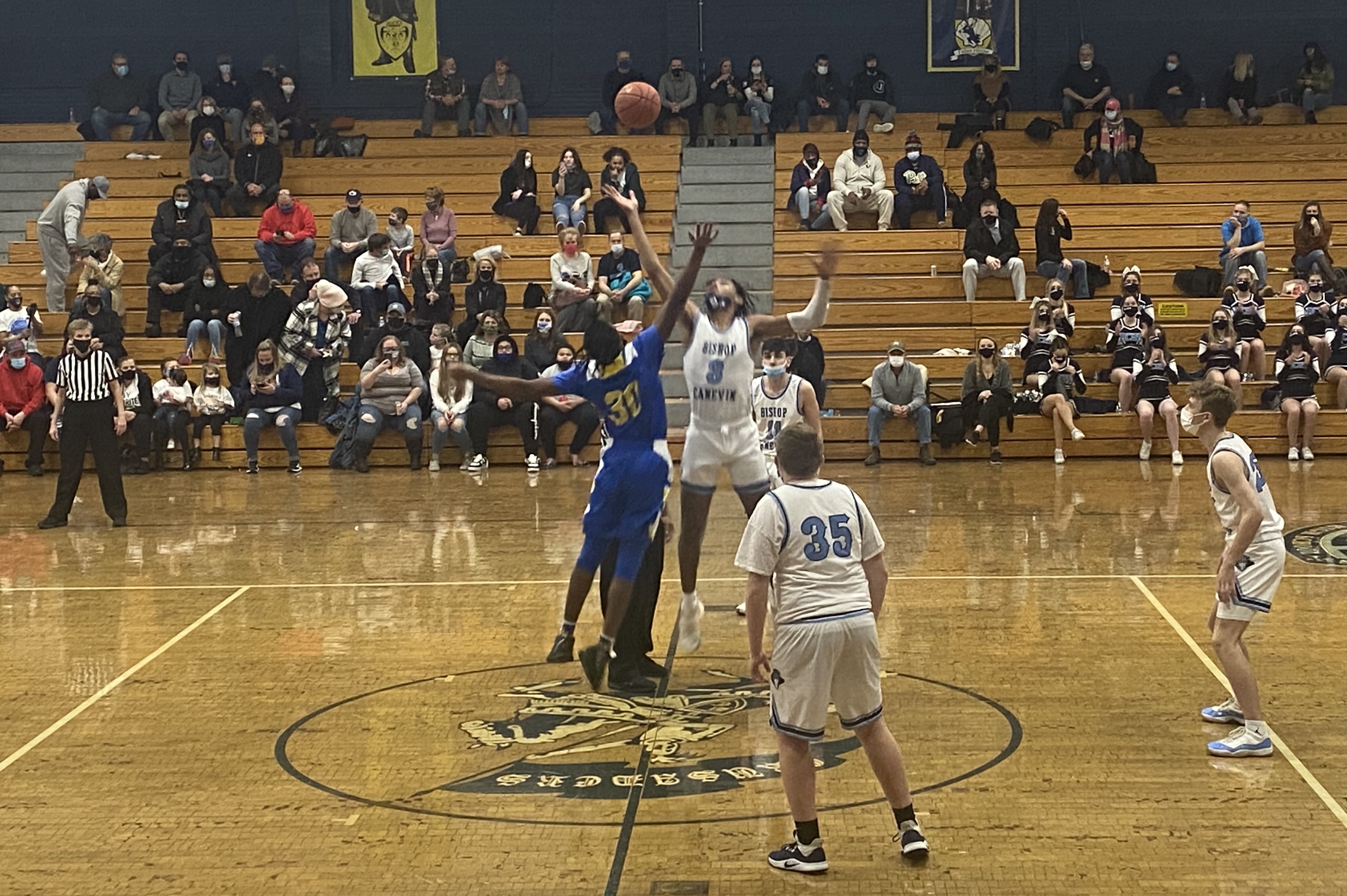 BC’s four seniors were honored before the game. Nevan Crossey, Dom Elliott, Brennan Hipkiss, and Brady Zarnick also started as part of the Senior Night traditions, and the Senior-laden starting lineup, along with Kevaughn Price sparked Canevin to 31 first quarter points. Elliott scored nine of his game-high 22 points in the first quarter. Price and Jaden Gales each added six points.

Price added seven points in the second quarter on his way to 16 points on the game. Kai Spears scored eight of his 12 points in the quarter. Elliott had nine to finish with 17 points at the half. Canevin led by 36 at halftime.

Bishop Canevin improves to 5-0 in section play, 8-3 overall. Their next game is tomorrow afternoon at Avella. Game time is scheduled for 12 PM.