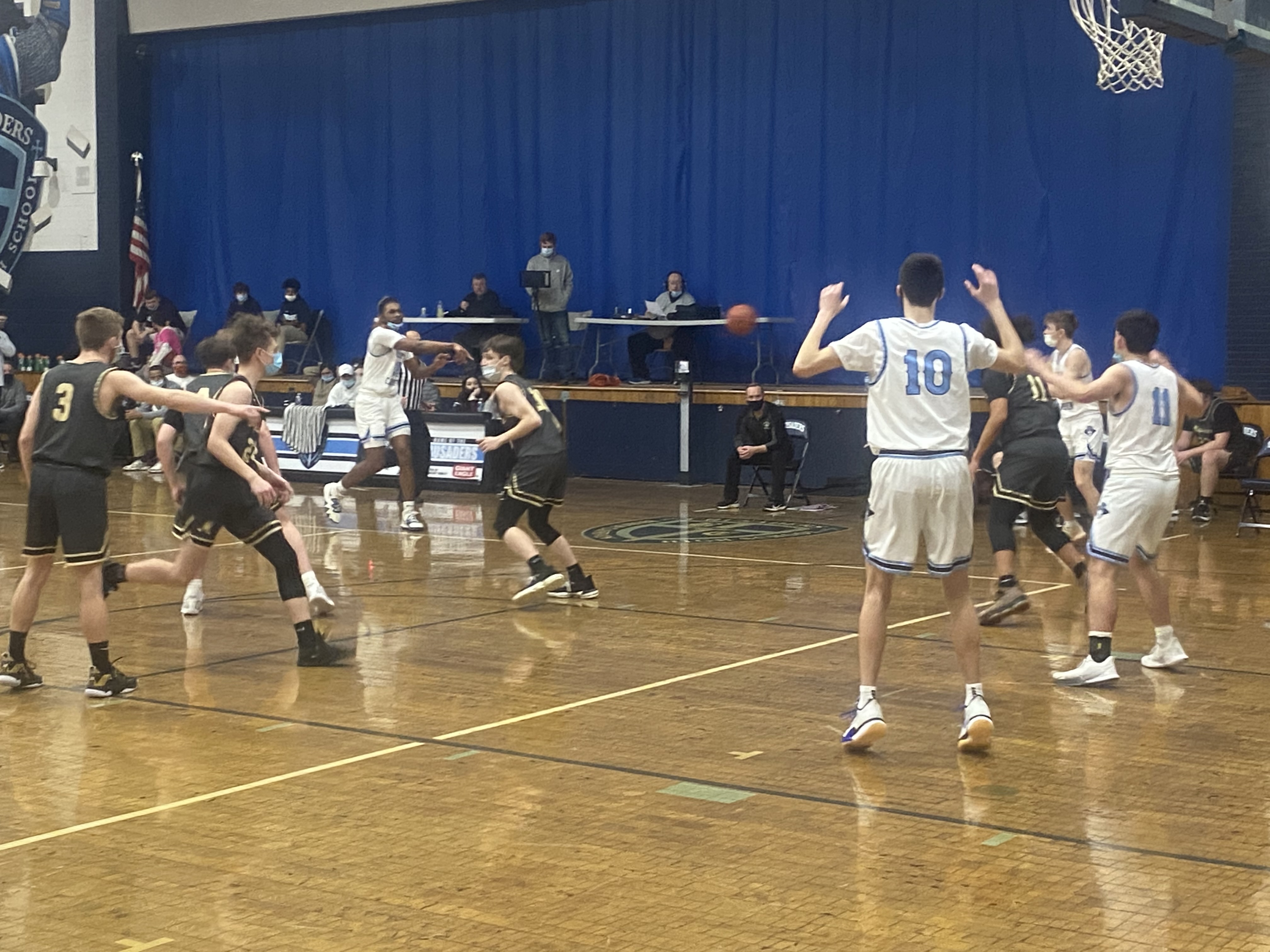 It didn’t take long tonight for Bishop Canevin to show that they are ready for the playoffs. BC scored 43 in the first quarter and eased to a 93-32 victory over Mapletown. The win clinched their second straight outright Section Championship.

The win certainly improved their resume, but it wasn’t necessary. During the first quarter of the game, the Crusaders were announced as the #1 seed for the upcoming WPIAL Class A Playoffs. They have a first round bye in the 15 team playoff field. Their first playoff game will be a quarterfinal game at home on Friday March 5 at 6 PM. They will face the winner of Tuesday night’s game between #8 St. Joseph and #9 Avella.

Seven Crusaders scored in the first quarter against the Maples. Jaden Gales’ 14 points were highlighted by a couple of power dunks. Dom Elliott hit two three’s in the quarter. Jhamil Fife scored 13 points in the first half, his season high. Shea Champine led Canevin in scoring with 19 points.

Bishop Canevin is 9-0 in section play, 12-3 overall. They have won nine straight games. They end the regular season on the road with games at Mt. Lebanon on Wednesday night and at Geibel Catholic on Friday night.

NOTES — This is Bishop Canevin’s fifth section championship in boys basketball since joining the WPIAL…A win over Geibel will give BC two straight undefeated section titles for the first time…Their current win streak of 24 consecutive section wins is a school record since joining the WPIAL…Jhamil Fife’s 13 points in the game makes him the 10th different Crusader to score in double digits at least once this season.