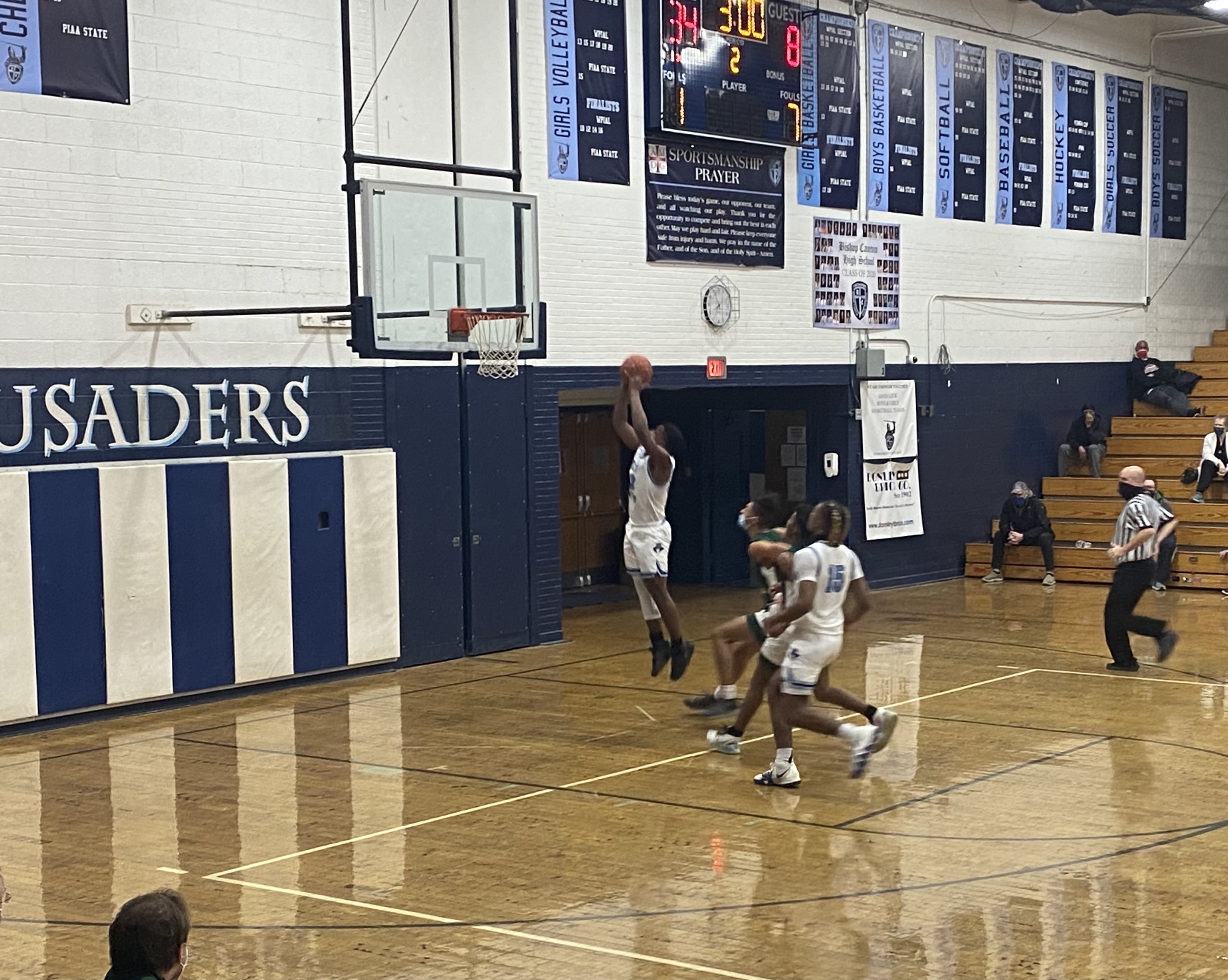 The Bishop Canevin Boys Varsity Basketball team started a little slow, but still had a 13 point lead after one quarter and never looked back in defeating Geibel Catholic 70-27 at home on Friday night.

Jaden Gales’ three was the only basket in the game’s first three minutes, but the Crusaders did score the game’s next 10 points before Geibel got on the board. Gales finished the quarter with eight points, and finished the game with a game-high 23 points. Kevaughn Price added five of his 12 points in the quarter.

The Crusaders’ offense took over in the second quarter. Nevan Crossey, Brennan Hipkiss, and Kai Spears each hit three-pointers as BC put 26 points on the board in the quarter to push ahead to a 29 point lead heading to the locker room. Spears finished the game with 7 points.

Bishop Canevin is 4-0 in section play, 7-3 overall. Geibel drops to 3-2 in section play and 4-4 overall. This game ends their four game win streak. BC is next in action on the road Tuesday night at Avella.