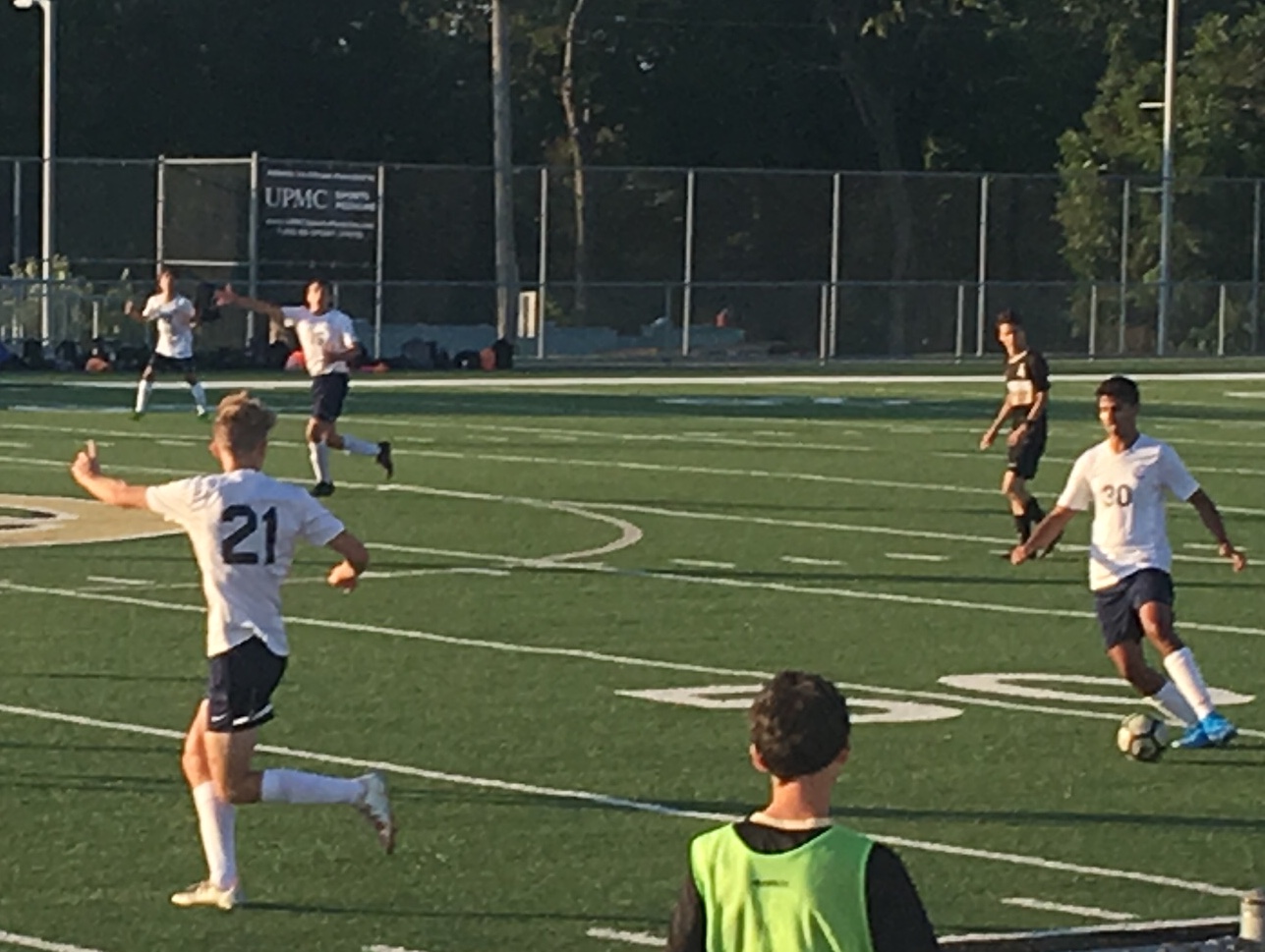 The Bishop Canevin Boys Soccer Crusaders finished their preseason with a 3-1 loss to Keystone Oaks in a scrimmage at Dormont Stadium on Wednesday evening.

The Crusaders took the lead early in the first half. BC created pressure in the offensive end of the field and that turned into an own goal to give BC a 1-0 lead. The Eagles were able to tie the game at one before the half ended.

Keystone Oaks scored twice in the 2nd half to take the lead. The Crusaders earned a couple of chances but weren’t able to convert and 3-1 was the final score.

The Boys Soccer Team begins regular season play on Saturday in the first round of the Lopes Cup Tournament at Avonworth. The Crusaders will face OLSH in a first round match at 4 pm.

The Sunday opponent and schedule will be determined by Saturday’s results. They begin section play on Tuesday at Monessen.