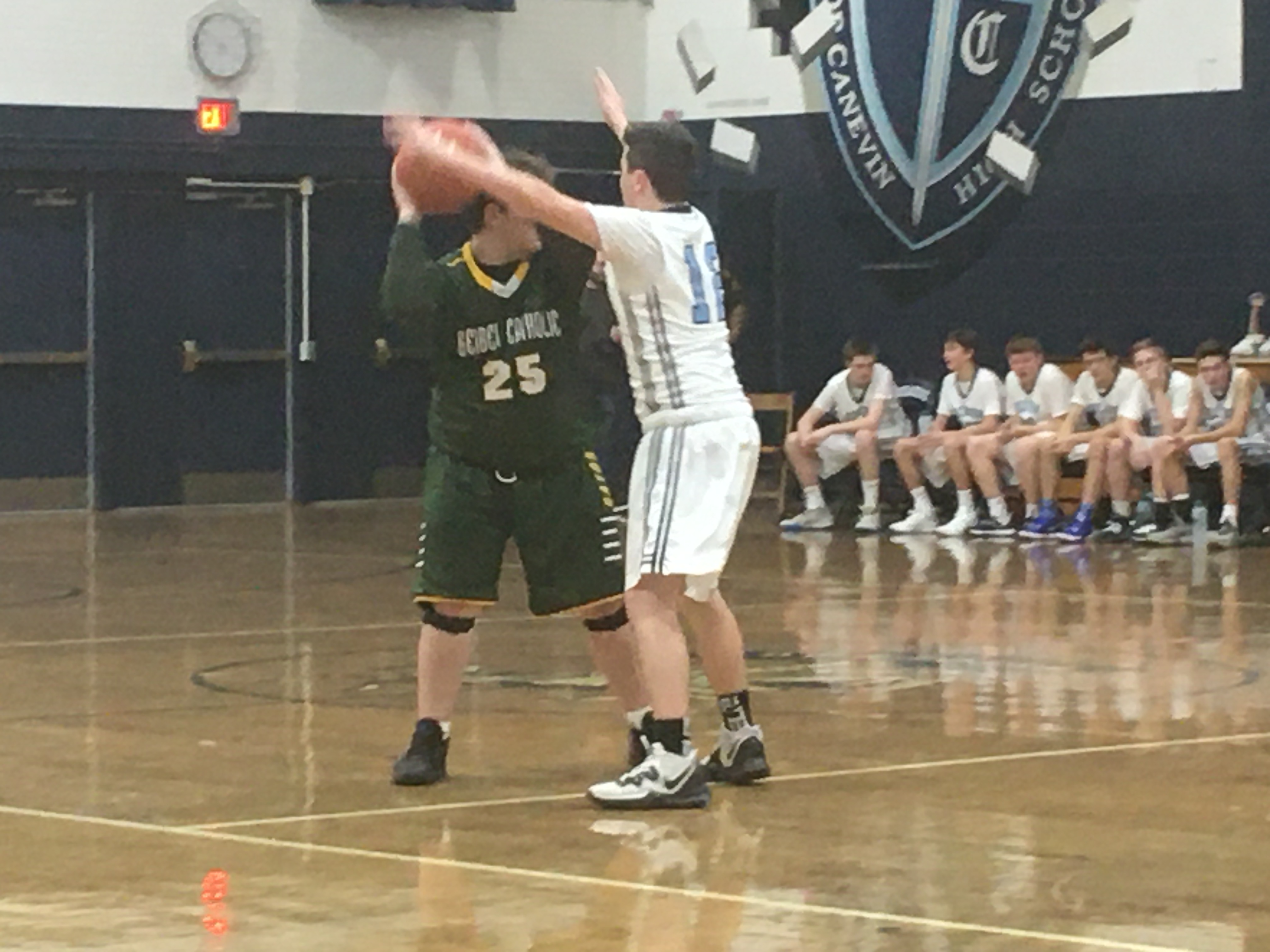 The Bishop Canevin JV Boys Basketball team turned pressure into points all night long. A 16-0 stretch at the end of the first half turned a close game into a rout, as Canevin used that stretch to secure a 59-34 victory. The JV Boys are now 4-2 overall, and 4-0 in section games.

Francis Bochicchio started hot with 8 points in the first quarter, but the Gators had an 18-17 lead in the second quarter when BC Steve Baker started the decisive run with a three-pointer to give the Crusaders the lead for good. The defense forced five turnovers during the run. Adante Berrian had six points off those turnovers, he finished with a game-high 11 points. The half ended with Geno DeFrank hitting a running three-pointer off the glass at the buzzer to end the half with a 33-20 lead.

Canevin kept up the pressure in the third quarter. They built the lead to 24 points as Michael McFetridge scored 8 points in the quarter. Kyle Janas added 6 points in the fourth quarter to get to the final 25 point margin.

The JV boys are next in action on Tuesday for a section game at Avella against the Eagles. Game time is scheduled for 6 pm.