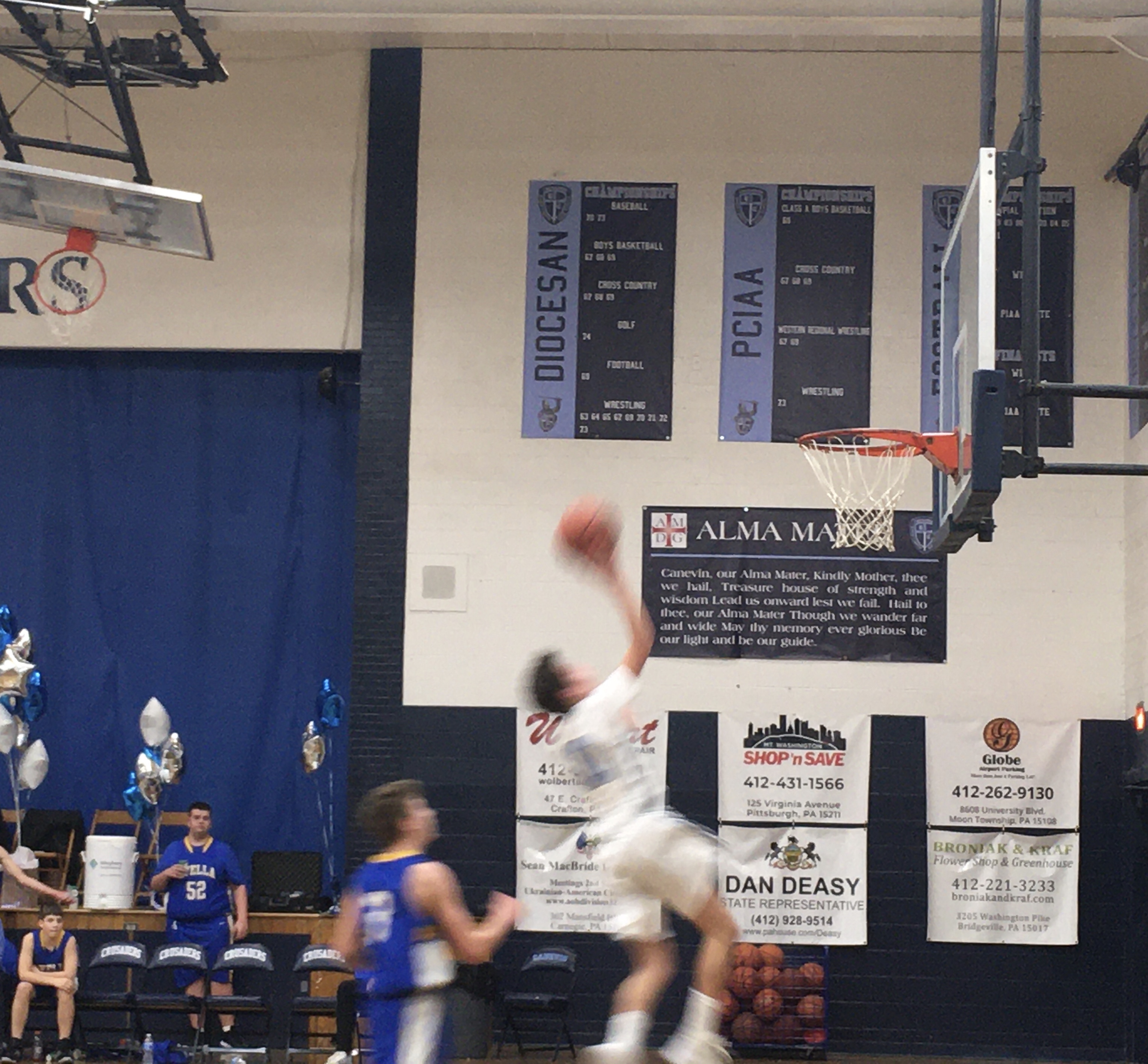 A very persistent effort by the Bishop Canevin JV Boys Basketball team gave the Crusaders a 53-21 victory in their home finale at Bishop Canevin High School on Friday night.

A Geno DeFrank foul shot followed by an offensive rebound and layup from Adante Berrian in the last few seconds of the first quarter gave the Crusaders a seven point lead.

Canevin broke the game open in the second quarter. Michael McFetridge hit two three-pointers, giving him three threes and nine points in the half. Mark Ingold had eight by halftime and the lead was up to 19 going to the locker room.

Canevin’s defense continued to create problems for the Eagles. Avella scored only four points for the second straight quarter. Brady Zarnick scored five for BC off of a 10 foot running jumper and a three point shot.