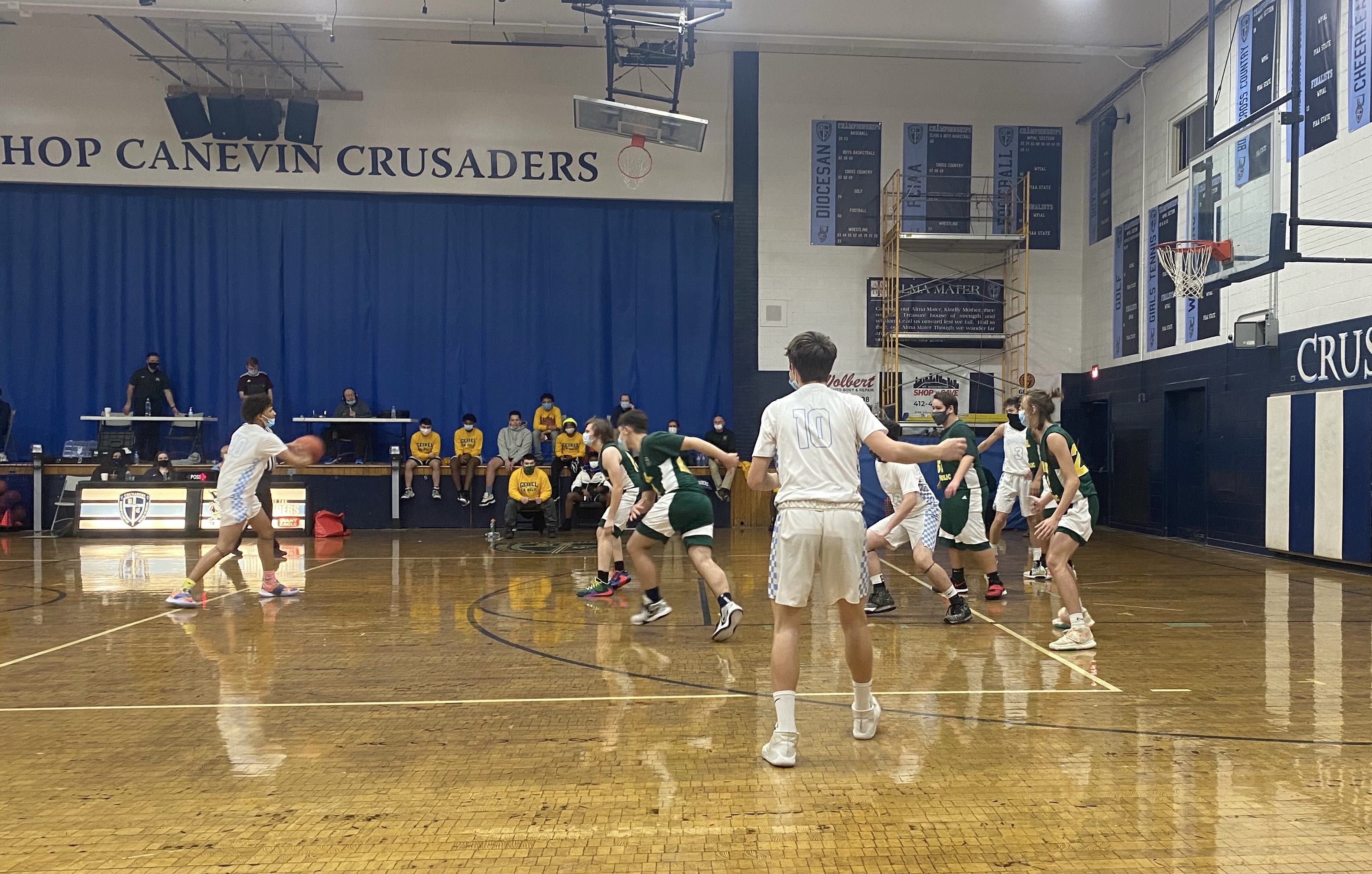 All eight Bishop Canevin players on the Boys JV Basketball team scored on Friday night in a convincing 63-19 win over Geibel Catholic at home on Friday night.

The BC press again forced turnovers leading to a 26 point first quarter. Mark Ingold hit three three’s in the first quarter on his way to a game-high 14 points. A’dante Berrian scored all five of his points in the quarter as well.

In the second quarter, Francis Bochicchio hit two three’s to finish with eight points as the Crusaders lead was 31 at the half.

Mike McFetridge hit his second three of the game in the third quarter to finish with six points. Bryce Hinkle and Shea Champine added four points each in the quarter. They each finished with 10 points.

The BC JV Boys are now 3-0 in section play. Their next game is at Avella on Tuesday night.