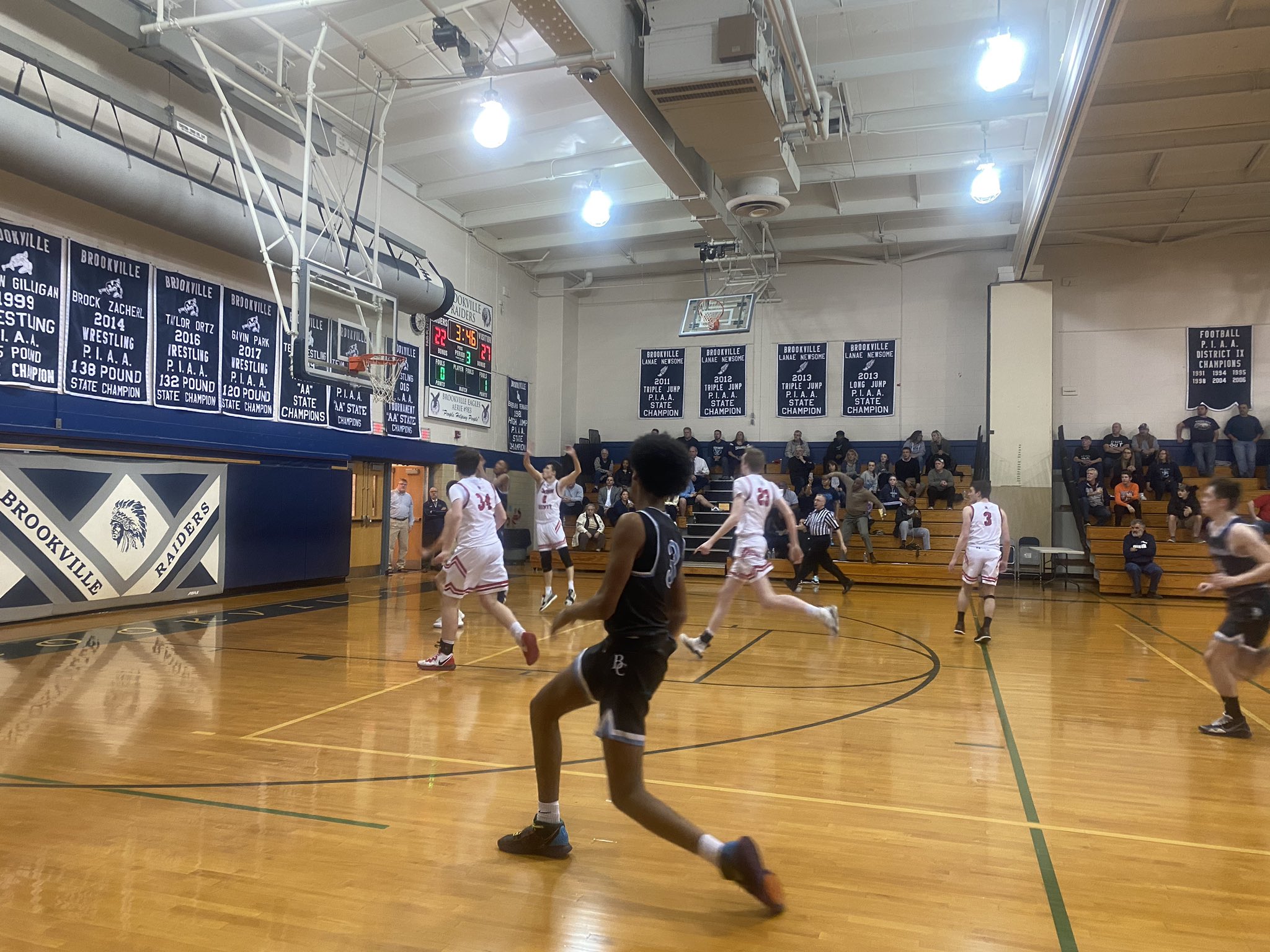 Sometimes you need things to roll your way. For the Bishop Canevin Boys Basketball team and Kevaughn Price, that time was with 1.3 seconds left as his layup rolled around the rim and dropped in for a game-winner as the Crusaders advanced to the PIAA Class A Quarterfinals with a 40-39 win over Cameron County at Brookville High School on Tuesday night.

The first quarter started off slow as the Red Raiders took a 9-7 lead after one quarter.

Canevin was able to pick up the pace offensively in the second quarter. The Crusaders tied the game at 17 late in the second quarter when Nevan Crossey hit a three-point shot. And then, in what turned out to be a pretty good example of foreshadowing, Price hit a layup right before the halftime buzzer to give BC a one point lead at the break, 19-18.

The Crusaders were able to extend the lead in the third quarter. BC was able to stretch the lead up to six points, which is what the lead was going into the fourth quarter. The Red Raiders closed the gap slowly in the fourth quarter and the Crusaders were able to withstand the Cameron pressure for most of the quarter, but Cameron was finally able to take a one point lead in the final minute.

There were only 6.7 seconds left in the game when Canevin had the ball with their final chance. Nevan Crossey inbounded the ball from just inside of half court. A low post screen from Dom Elliott helped Price separate from his defender as he caught the pass. That separation allowed Kevaughn to drive the baseline and pull up and take a 5 foot jumper from the right baseline. The shot banked off the board, rolled almost around the entire rim and fell in, forcing the Raiders to call a timeout with 1.3 seconds left. Price finished the game with 25 points. Cameron’s inbounds pass was knocked away and the clock ran out and Canevin had survived.

Bishop Canevin (20-6) will face the District 5 Champion Berlin Brothersvalley Mountaineers on Friday night at a site and time to be announced on Wednesday. The Mountaineers dominated WPIAL Champion Vincentian Academy 74-54 in their Second Round Playoff on Tuesday night.