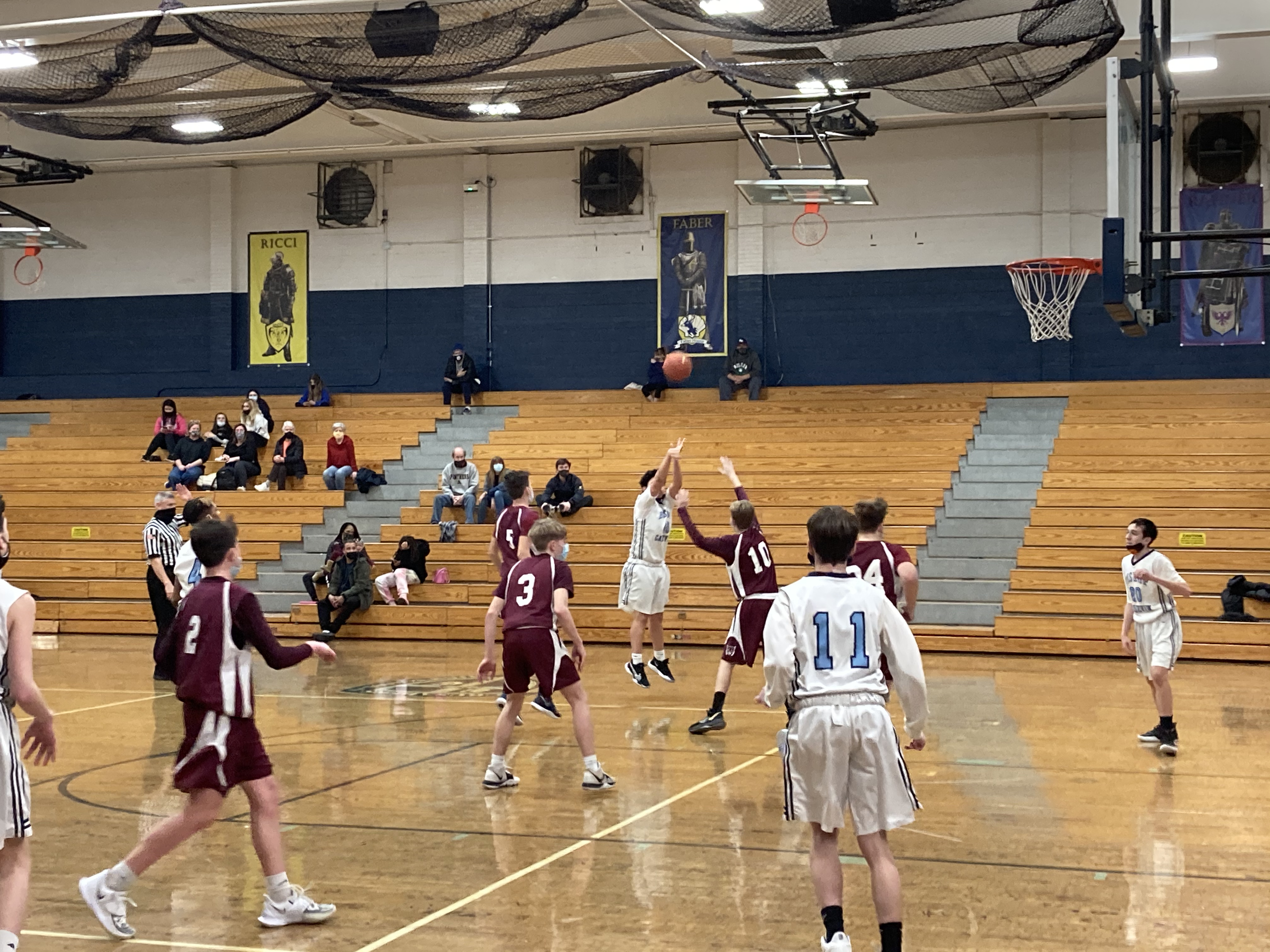 Quentin White scored 19 of his game high 22 points in the first half as the Bishop Canevin Boys Freshmen Basketball team defeated Beaver 57-50 at home on Monday afternoon.

BC took an early 13-5 lead in the first quarter behind two of White’s six three-pointers on the day. Ryan McFetridge also hit a three, he scored five in the quarter as Canevin led by seven after one.

The second quarter was a high scoring quarter for both teams. White hit three more triples in the quarter to finish with 13 points in the quarter. McFetridge again hit a three and scored five in the quarter as he finished the game with 10 points.

Beaver was able to narrow the margin a bit in the third quarter. Leonard Aiken scored all five of his points in the quarter. In the final quarter Zach Ziegler scored eight of his 12 points to finish the game. White, Jason Cross, and Mike Vaughn also hit three’s in the quarter to put this one away.

The BC Freshmen are now 3-5 on the season. They go to Riverview tomorrow afternoon. Game time is scheduled for 3:45 PM.