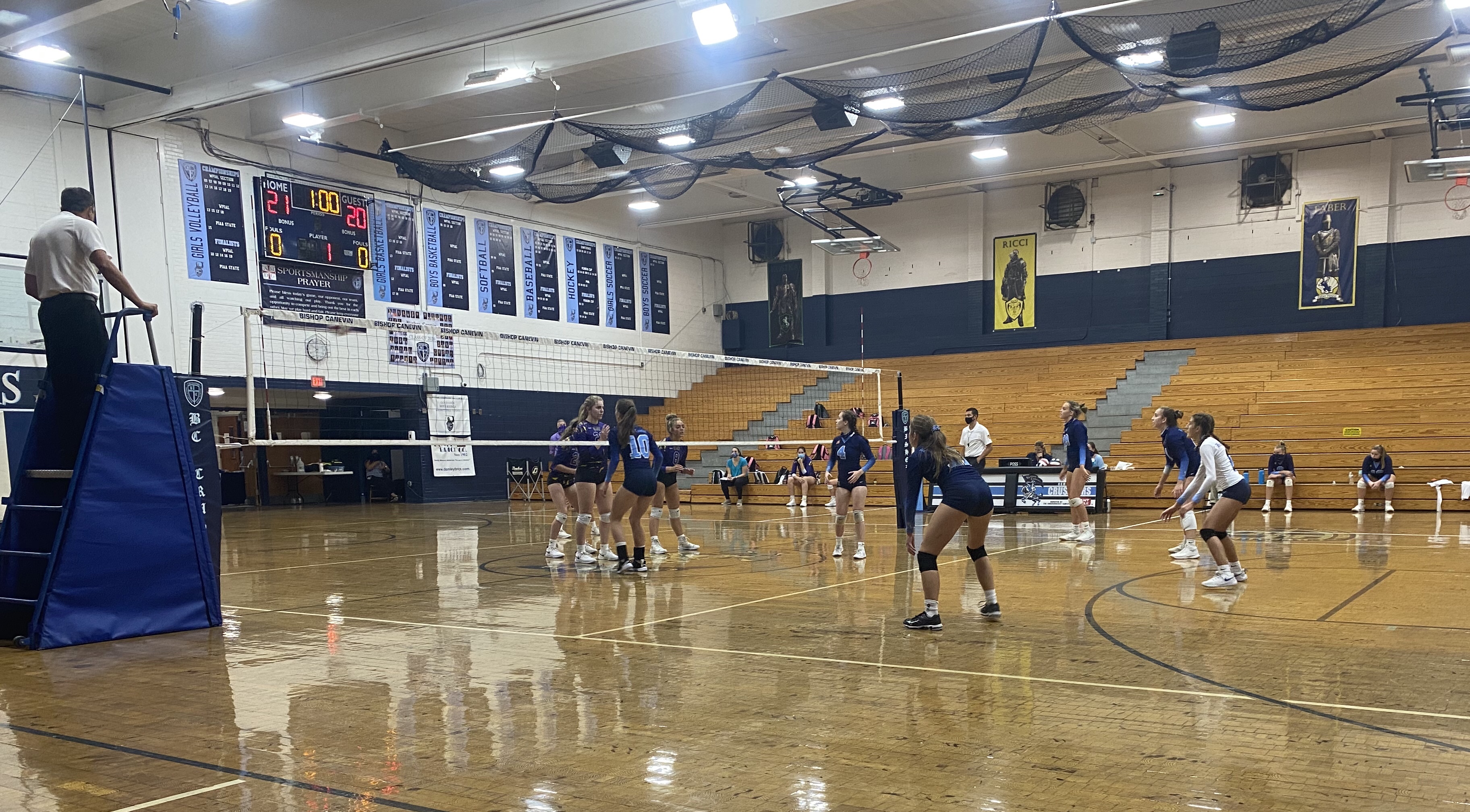 After an 8-8 start, Abbie Maziarz recorded two kills and a block to contribute to a 13-9 lead for the Crusaders. OLSH recovered to tie the set at 13, 19, and 21. Then Keira Kozlowski recorded consecutive kills to give BC 23-21 lead, Keira finished with four kills in the first set. A Chargers service error gave Canevin a 25-23 win.

Bishop Canevin jumped out fast in the second set. Two Maziarz kills, one kill from Gillian Golupski, and a Sani Jones ace gave BC a 7-2. OLSH fought back to 8-6, but it was nearly all Crusaders from there. A seven point service run by Maziarz included 2 more aces, and a 17-5 run ended the set in favor of BC 25-11. The Crusaders served 7 aces in the second set.

After a 3-3 start in the third set, two kills each from Golupski and Olivia Thomas put the Crusaders in front 13-8. Kills from Kozlowski, and Golupski, and two more Maziarz aces pushed the lead to 20-13. and the Crusaders finished the night with a 25-19 win in the third set to earn the sweep.

Tomorrow night’s match at Sto-Rox has been postponed to September 30. The Crusaders can break the school record for consecutive section wins on Thursday night against the Northgate Flames. Game time is scheduled for 7:30 pm and it will be live-streamed over the Bishop Canevin Sports Network.