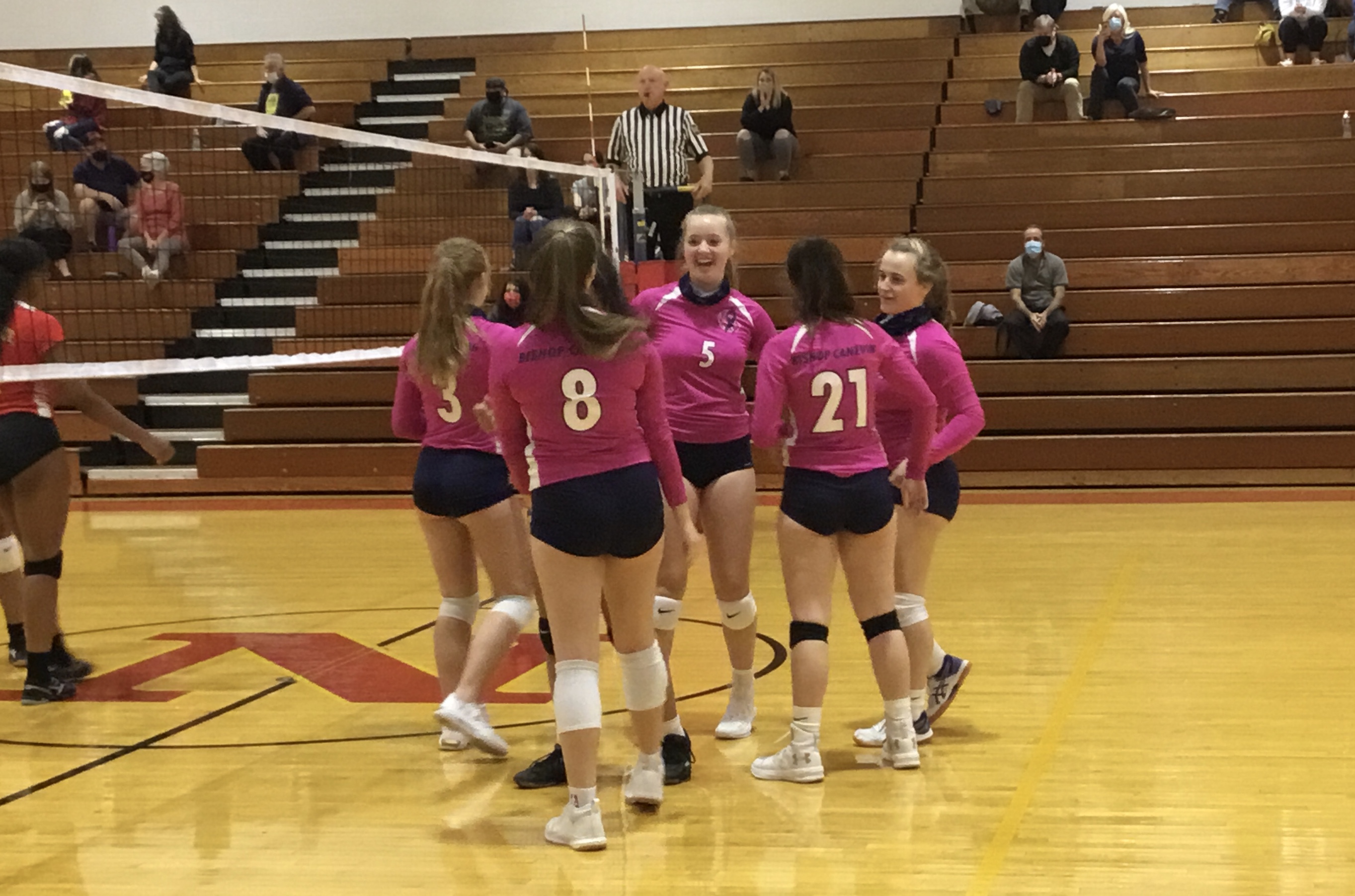 Gillian Golupski had 8 kills and Sani Jones had 8 aces and 15 assists as the Bishop Canevin Varsity Volleyball girls swept Northgate on the road on Tuesday night to clinch at least a share of the section championship for the fifth straight season.

Jones had three aces on her first four serves and Rutanya Taylor had two kills and two blocks as BC took a 10-3 lead. On her next service rotation, Jones add four more aces to push the lead to 19-8, Abbie Maziarz and Golupski added kills as the Crusaders won the first set 25-13.

With the third at tied at 7, BC went on a 4 point run. Keira Kozlowski had a kill, Maziarz had 2 kills in a row and Taylor added an ace. Jones and Natalie Zurbola added aces and BC led 16-9. 2 kills from Golupski, an ace from Mia Altman and a Taylor kill to end the night made the final score 25-11.