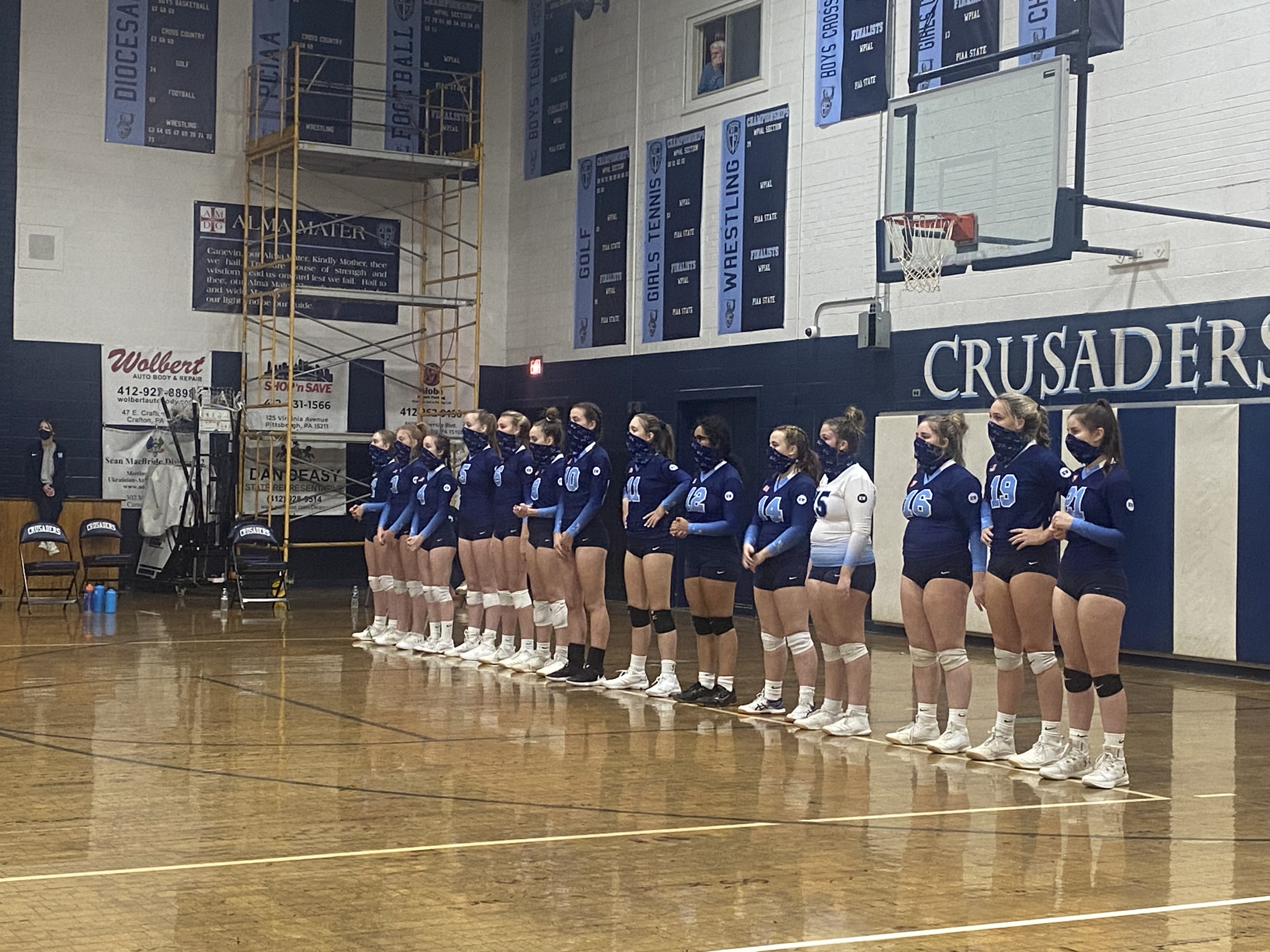 Clarion Area defeated Bishop Canevin in three sets on Wednesday night to advance to the PIAA Class A Championship match on Saturday afternoon.

Abbie Maziarz had two blocks early to keep Bishop Canevin in the first set early. An Olivia Thomas attack brought BC within 9-6. But two Clarion aces sparked a seven point run. Maziarz and Gillian Golupski added kills for the Crusaders, but Clarion won the first set 25-14.

Canevin scored the first three points of the second set. Keira Kozlowski had a kill and Maziarz and Rutanya Taylor combined for a block to get the 3-0 lead. An Olivia Thomas kill followed by a Golupski block had BC up 7-5. Clarion then went on a 6-1 run to take the lead. A Kozlowski kill followed by a Thomas ace pulled BC back within three, but that was as close as the set would get, as a Clarion pulled away for a 25-15 second set win.

Clarion started the third set on a 5-0 run. A Golupski kill got BC back within two but the Bobcats went on an 8-1 run to seize control of the third set. Maziarz added three more kills, but Clarion finished the sweep with a 25-14 score.

Gillian Golupski led Canevin with 8 kills. She had her 400th kill during the match, making her the 7th Crusader to reach that total. Abbie Maziarz added 6 kills and 3 blocks. Bishop Canevin finished the season 17-2.