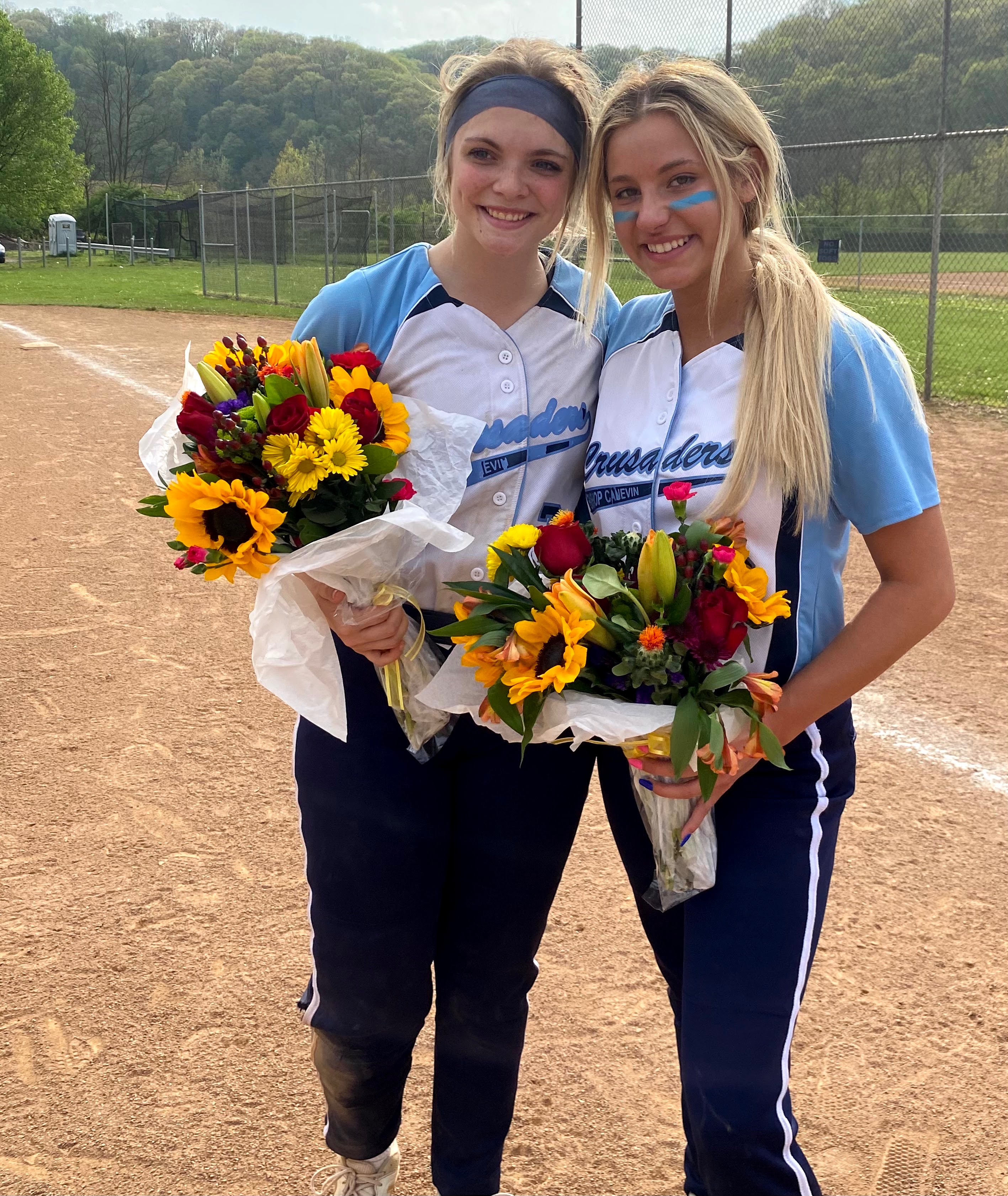 It was a happy Senior Day for the Bishop Canevin Softball Team as they got to celebrate a four-inning 15-0 win over Rochester while recognizing the team’s two seniors, Bree Bazeck and Meadow Lokaitis, who each scored two runs in the game.

Bella DeMark led off the scoring in the bottom of the first, reaching on a double. She advanced to third and scored on passed balls. Canevin broke the game open in the second inning, scoring seven runs. Rylee Bush led off the inning by reaching on an error. A single by Trinity Anselm and a walk to Cameran Lokaitis loaded the bases. A walk to DeMark forced home the first run of the inning. A sacrifice fly by Bazeck brought home a run and another error on the play scored two more Crusaders to make it 5-0. Meadow Lokaitis also reached on a walk, Bazeck scored on a wild pitch and a single by Alysha Cutri scored Lokaitis scored the sixth run of the inning. Three more walks to Bush, Josie Bochicchio, and Anselm forced home courtesy-runner Logan Panza with final run of the inning to make the score 8-0.

Canevin kept the offense going in the third inning. Ava Mercurio-Brennan walked to lead off the inning. She scored when DeMark reached on an error. An RBI single from Bazeck scored DeMark with the 10th Crusader run. Cutri’s second single of the game scored Bazeck. After courtesy runner Panza scored on a passed ball the lead was 12-0 after three innings.

BC finished the game with three runs in the fourth inning. Alaina Barlock, DeMark, and Meadow Lokaitis loaded the bases on walks. Cutri’s third single of the game brought home Barlock and DeMark. When Lokaitis scored on a passed ball, that made the final score 15-0.

Cutri had three hits and 4 RBi’s. DeMark had a double and scored four runs. Both players have hit safely in all nine of BC’s games this season. Cutri also only allowed 1 hit while striking out 6 Rams batters on the mound.

Bishop Canevin goes out of section for their next game, Monday afternoon at Freedom. Game time is scheduled for 4 PM.