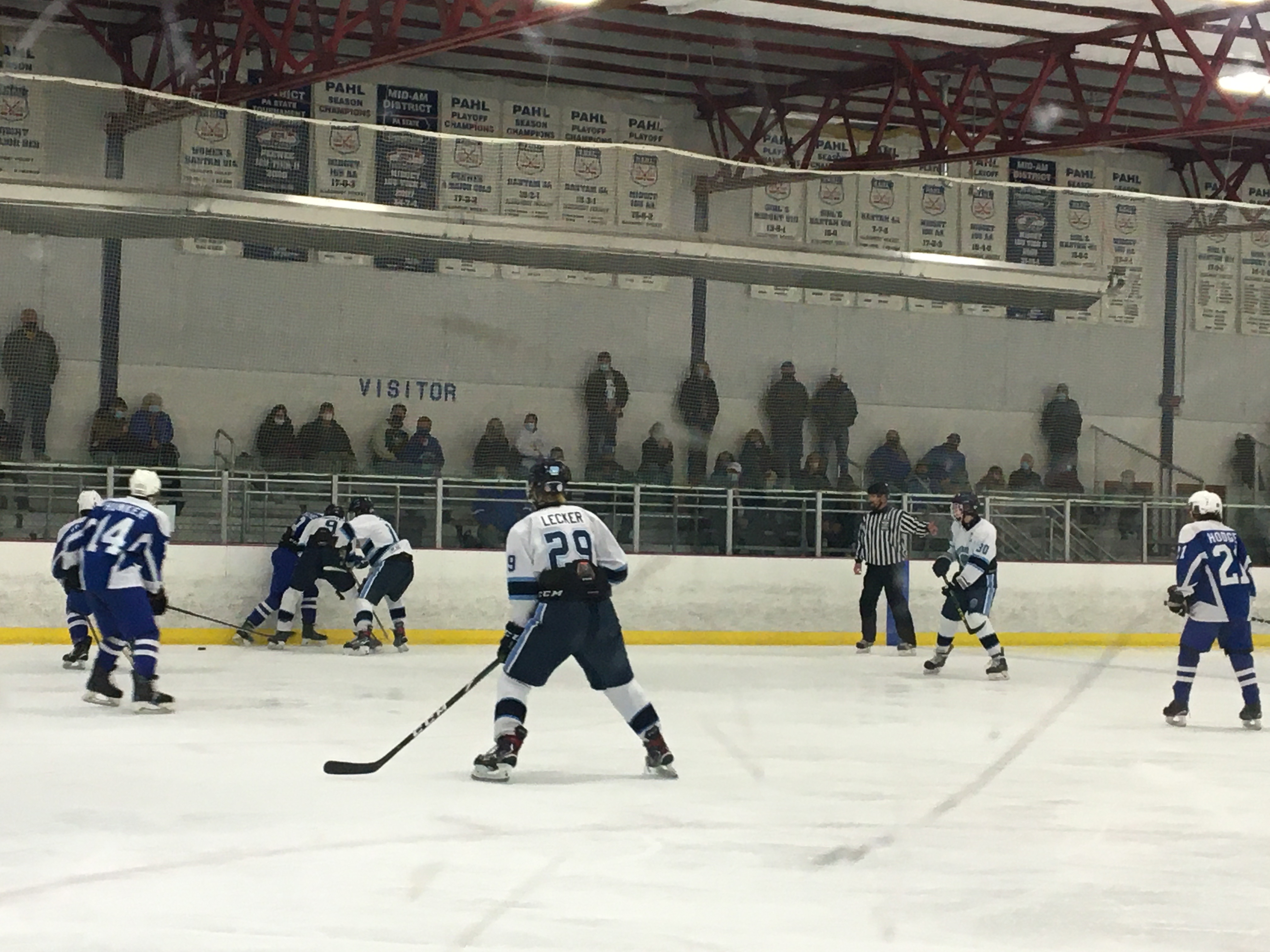 In their first playoff game in five years, the Bishop Canevin Hockey team used up nearly five years worth of drama, while taking a third period lead and holding on to a 3-2 win over Connellsville in the PIHL Class B Quarterfinal at the Center Ice Arena in Delmont on Monday night.

The game seemed like it would be drama free as the Crusaders led 2-0 after one period. Michael Parzynski III scored a goal midway through the opening stanza. Turner Anselm doubled the lead with a power play goal with one second left in the period. Mason Glover added an assist.

But Connellsville scored twice in the second period to tie the game. But Canevin scored the go-ahead goal 97 seconds into the final period, the goal was set up with an assist from Ryan Saginaw. The rest of the game was scoreless and BC held on for the 3-2 victory. The Crusaders outshot the Falcons 35-18.

Bishop Canevin advances to face the top seed, Ringgold in the semifinals. That game will take place on Thursday, April 15 at the RMU Island Sports Center. Ringgold beat BC in a shootout in their only regular season meeting.