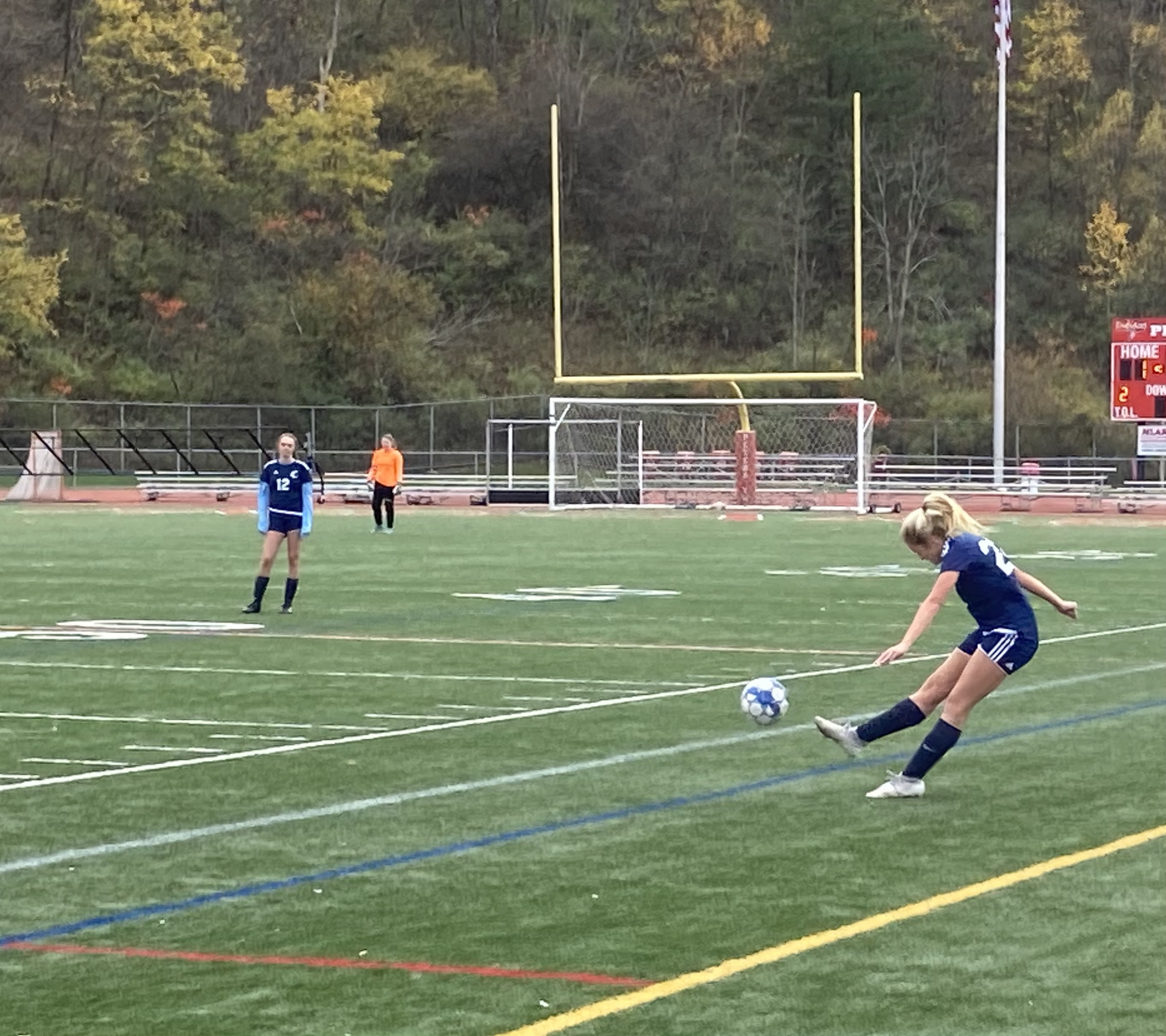 The Bishop Canevin Girls Soccer team fought hard for 110 minutes against Serra Catholic on Saturday afternoon at Peters Township High School. But, as close as they came, they never could push a second goal through. After two scoreless overtime periods, Serra Catholic advanced to the WPIAL Class A Quarterfinals winning the Penalty
Kick shootout 1-0.

Serra scored first in the game’s 11th minute. Off of a corner kick, the Eagles put a loose ball into the net. It’s only the fifth goal conceded by the Crusaders this season.

Canevin tied the game three minutes later. Ainsley Smith took a free kick from the 24 yard line. The keeper deflected the ball to the crossbar. Lauren Kirsch followed and converted the rebound to even the score.

The game was scoreless for the remaining 96 minutes of play. BC held the territorial advantage for most of the afternoon, but that only led to near-misses, as shots either found the keeper or rolled just wide of the frame.

After regulation and two scoreless 15 minute overtime periods, the game went to penalty kicks. After 5 rounds, the shootout was still scoreless as shooters from both teams missed the net, hit posts or crossbars or were denied by goalkeepers. After the scoreless 5 rounds, the shootout went to sudden death. Finally, in the seventh round an Eagle kicker struck a well-placed kick to the corner of the net to end the game and Bishop Canevin’s season.