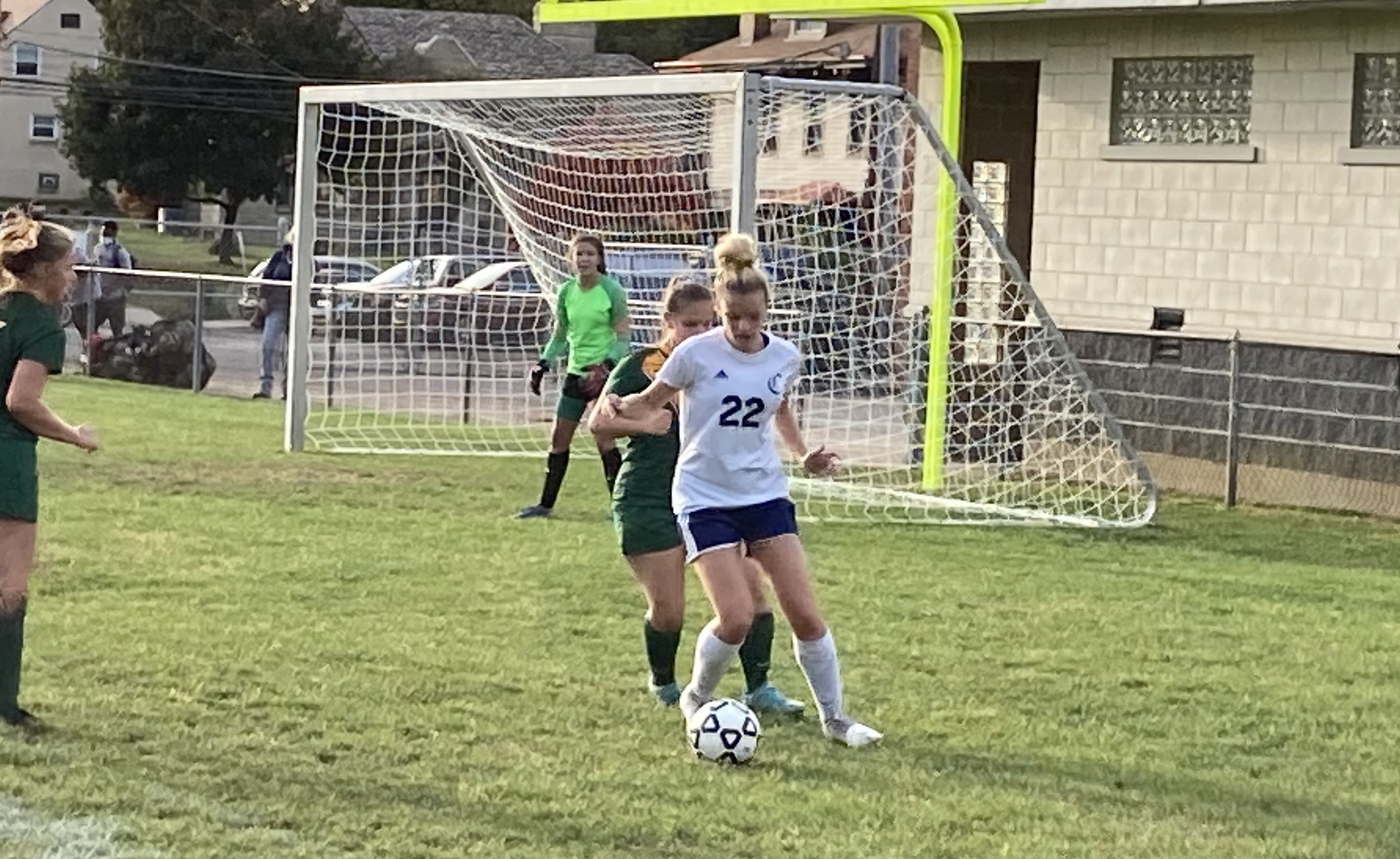 Ainsley Smith had three goals and an assist as the Bishop Canevin Girls Soccer team beat Carlynton 5-0 at Honus Wagner Stadium on Wednesday night. The victory clinched the section title for the Crusaders, their first since 2013.

The game was scoreless in the 39th minute when Smith scored her first goal. She took a lateral pass from Ashley Lippold, and ran past four Cougars defenders before she chipped the ball left of the charging goal to give BC a 1-0 lead. Only 26 seconds later Smith led Lippold into the crease with a pass. Lippold just beat the keeper to the ball and the Crusaders led 2-0 at halftime.

Smith scored her second goal of the night early in the second half when her high arcing shot snuck through the goalkeeper’s hands. Ashley Boehm had the assist on the goal. Smith earned the hat trick with 10 minutes remaining on a three person rush with Lauren Kirsch and Emma Sysak. Sysak came down the right wing and centered the ball to Smith in a perfect position to chip the ball into an empty net. The final BC goal came off of a corner kick from Erin Egan. Egan’s kick found the right foot of Abby Sysak. Sysak struck the ball hard into the back of the net for Canevin’s 5th and final goal of the match.

Tori Legleitner didn’t have to touch the ball until midway in the second half, she only touched the ball twice all night. Legleitner and the Crusaders defense posted their 8th shutout of the season for a 5-0 final score.

The BC Girls are now 9-0-2 and section champs with only one section match remaining in the regular season. That match is Saturday afternoon at Eden Christian Academy. Game time is scheduled for 1 pm.