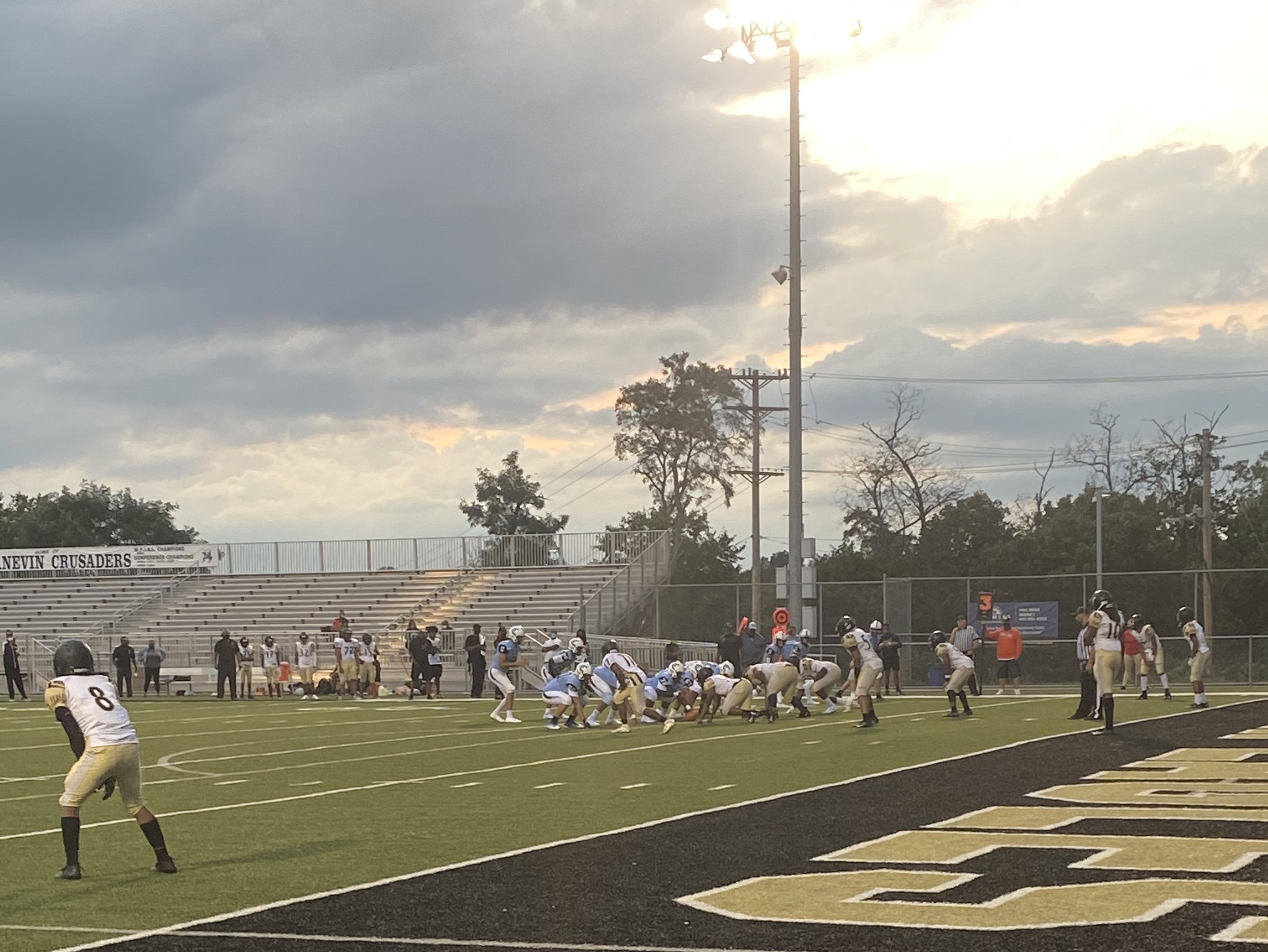 Bishop Canevin opened the season on Saturday night with a win over Imani Christian 18-12 at Dormont Stadium. The win is the first victory for new head coach Richard Johnson.

After a scoreless first half, the Crusaders scored first in the third quarter. Junior QB Willie Banks-Hicks found freshman WR Lesae Lacks in the end zone for a 30 yard touchdown pass and a 6-0 lead.

After a defensive stand, Xavier Nelson took a punt at his own 33, made a few moves and didn’t stop until he reached the end zone 67 yards later to give the Crusaders a 12-0 lead late in the third quarter.

Nelson also contributed another big special teams moment when his 49 yard punt early in the 4th quarter pinned the Saints at their own one yard line. Imani Christian eventually got back in the game on an 89 yard TD pass. Zeke Swift recovered the onside kick for the Crusaders.

Then on third down Banks-Hicks found Nelson for a short pass that turned into a 50 yard TD with just over two minutes remaining.

Again, Imani Christian hit a big play with less than a minute left to get within one score, 18-13

Andrew Jones recovered the onside kick for BC, wrapping up the win.

Bishop Canevin is 1-0 going into next week’s game against Springdale. Kickoff at Dormont Stadium is scheduled for Saturday night at 7 PM.