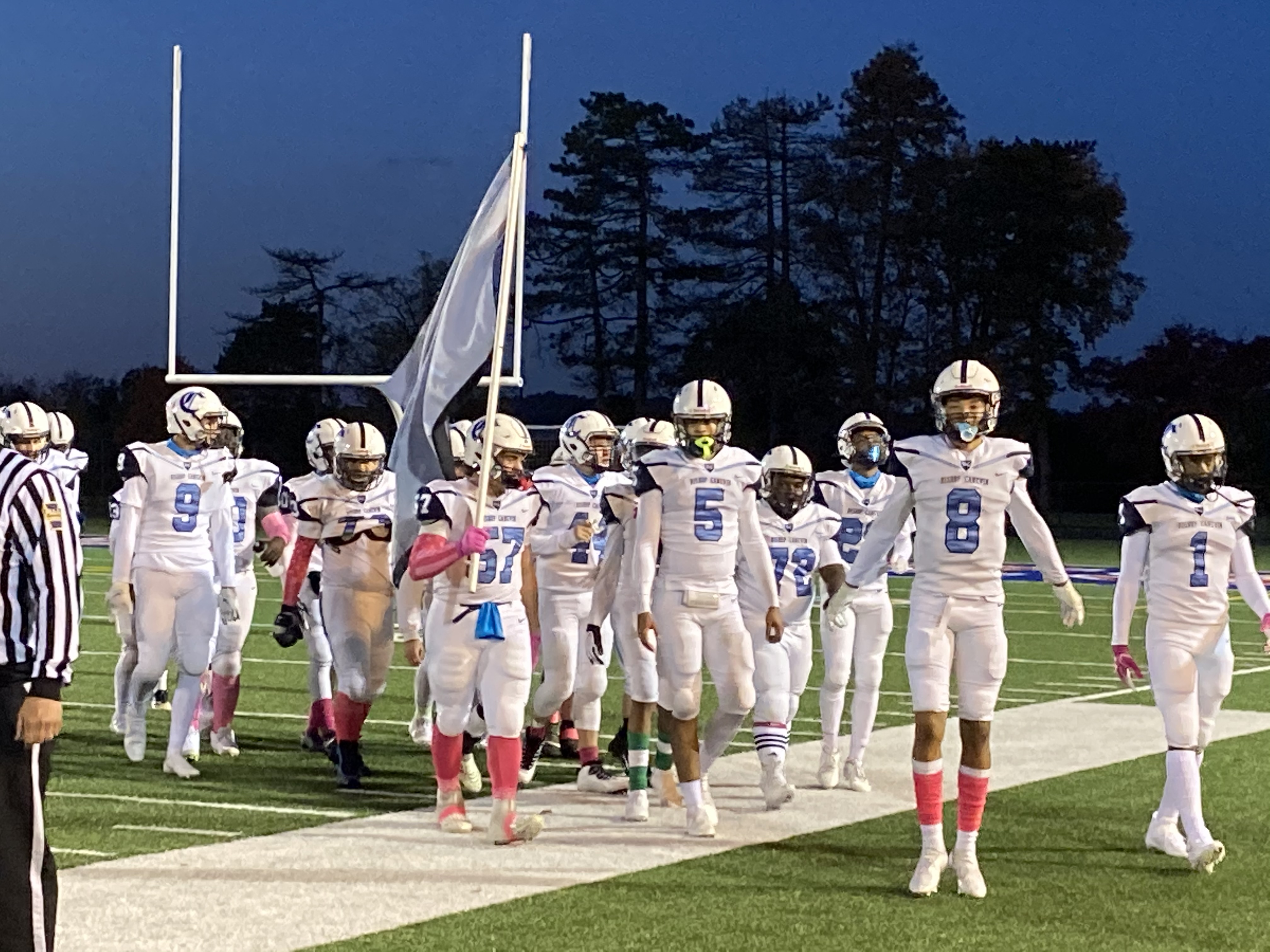 TheJeannette Jayhawks showed they are one the top teams in Class A of the WPIAL, controlling the game from the beginning in a 49-0 victory at home over Bishop Canevin on Friday night.

Jeannette scored on their first two possessions of the first quarter. BC forced a punt on the next possession and moved the ball inside the Jayhawks 20, but they could move no closer.

Jeannette scored on all five of their possessions in the 2nd quarter to take a 49-0 lead to halftime.

The running clock rule was in effect for the second half. Bishop Canevin threatened to score late in the game. Two late completions from Jason Cross to Andrew Jones covered 61 yards and moved the Crusaders down to the Jayhawks 11. An interception in the end zone on the last play of the game preserved the shutout.

The Crusaders are now 2-3 in Eastern Conference play, 3-3 overall. Canevin plays next in their conference finale on Saturday October 24 at Riverview. Game time is scheduled for 12 noon.