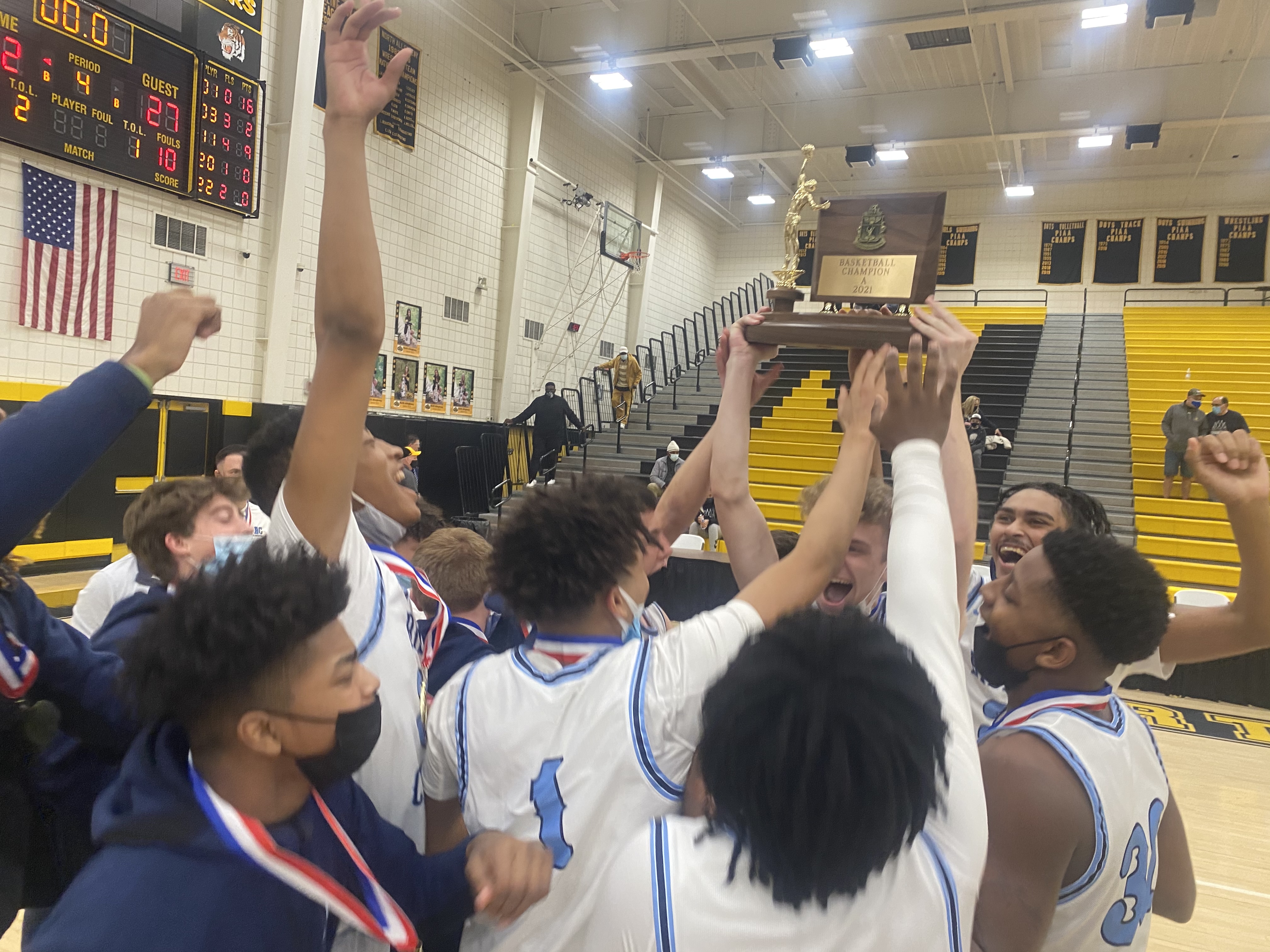 The only pretty thing about the game was the gold medal given to the players afterwards.

After a disjointed first half that saw only 19 points scored by both teams combined, in a season that saw explosive offense all year long, the Bishop Canevin Crusaders won their first WPIAL Championship with rebounding and perseverance. They defeated Rochester 42-27 to win the Class A title at North Allegheny High School on Friday night.

Rochester came out with the intention of slowing the pace of the game down to a near crawl. After Rochester hit the game’s first basket, Nevan Crossey answered with a three for Canevin. Those were the only points until Kevaughn Price hit a 12 foot jumper with just over 2 minutes left in the first quarter. A Rams three left the game tied at 5 after one quarter.

The second quarter had the same pace and nearly the same results. BC missed countless easy shots in the first half and Rochester continued to show restraint offensively. Price hit BC’s only 2 field goals in the second quarter and the Crusaders trailed 10-9 at the half.

Bishop Canevin took control of the game at the start of the third quarter. A driving layup from Shea Champine 20 seconds into the quarter gave BC the lead for good. A Crossey steal led to a running 10 footer from Jhamil Fife. And a Fife steal led to a reverse layup from Shea Champine and gave the Crusaders a 5 point lead just 2 minutes into the thrid quarter. Crossey put back an offensive rebound for a layup and answered a Rams three with one of his own to keep the lead at five. Two more baskets from Shea Champine and six points from Price closed out a 19 point quarter for BC and gave them an eight point lead going to the final quarter.

Price put back his own miss for a basket while being fouled with 6:37 left in the fourth quarter. His free throw gave Canevin a 32-20 lead. It was the last field goal BC would make. Rochester would cut the lead to seven with two minutes remaining. Bishop Canevin finished the game going 10 for 10 from the foul line to secure the win. Fife and Dom Elliott hit four each and Price added two more to finish with a team-high 17 points.

Crossey finished with 8 points, Fife added 7, Shea Champine scored all 6 of his points in the third quarter and Elliott hit his 4 points from the foul line.

Bishop Canevin is now 16-5 on the season. They will be the WPIAL’s representative in the PIAA Class A Championships which start next week. The Crusaders will next play in the PIAA Quarterfinals on Friday, March 19. They will face the winner of Tuesday’s First Round Playoff between Berlin Brothersvalley, the District 5 Champion, and Farrell, the District 10 Champion. Details on time and location will be announced next week.