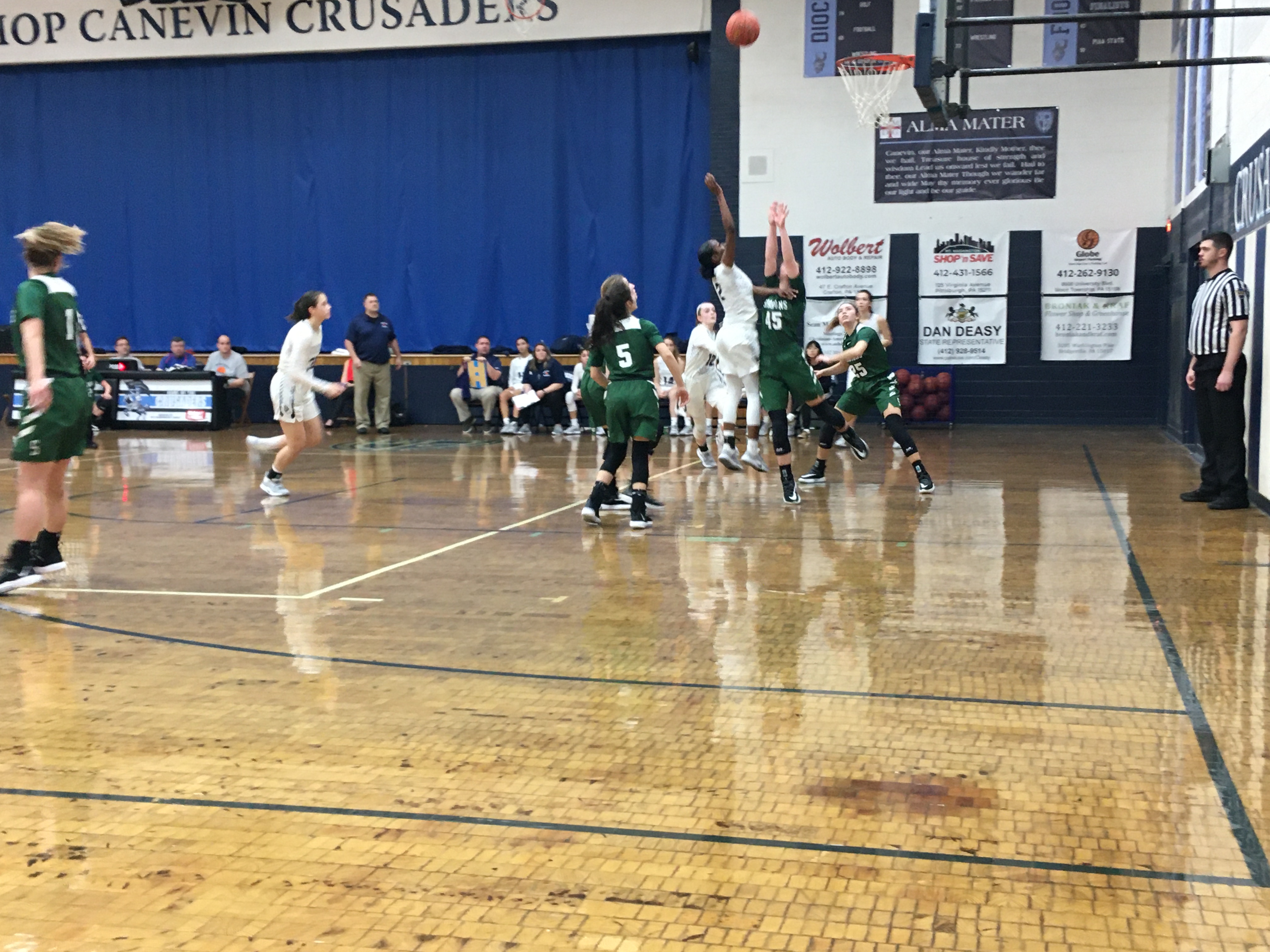 Bishop Canevin used an 11-0 run to end the third quarter to break open a close game and defeat the Laurel Spartans 59-51 in a girls varsity basketball game at Bishop Canevin High School on Saturday afternoon. Diajha Allen lead the Crusaders with 20 points, Alyssa Pollice had 14 and Savanah Abbott added 13 points. The Lady Crusaders are now 9-4 on the season. Laurel drops to 7-6.

Canevin’s full court pressure created problems for the Laurel back court in the first quarter. Turnovers helped create the first of two 11-0 runs for BC. A layup from Diajha Allen and a top of the key three from Savanah Abbott were part of the run. Another driving layup from Allen, who had nine points in the quarter, gave Canevin an eight point lead.

Laurel did a better job handling the Canevin pressure in the second quarter. The Spartans even took a brief lead. But another layup from Allen and Abbott’s second three-pointer of the game helped BC to a two point halftime lead.

With the game tied at 30 midway through the third quarter, Bishop Canevin went on the 11-0 run that decided the game. Allen and Alyssa Pollice each went inside for two baskets and an Allen three pointer gave Canevin an 11 point lead going into the final quarter.

Laurel tried to pressure their way back into the game in the final quarter, but Canevin held tough. The lead never shrunk below 7 points. Rutanya Taylor scored five points in the quarter and Lauren Kirsch hit all four of her foul shots in the last minute and the Crusaders walked off the court with a 59-51 victory.

The girls are off until Thrusday night. They jump back into the section schedule with a bus trip to face the Burgettstown Blue Devils. The Crusaders are unbeaten and in first place in the section with a 5-0 record. The varsity game is scheduled for 7:30 PM, after the conclusion of the JV game, which starts at 6 PM.